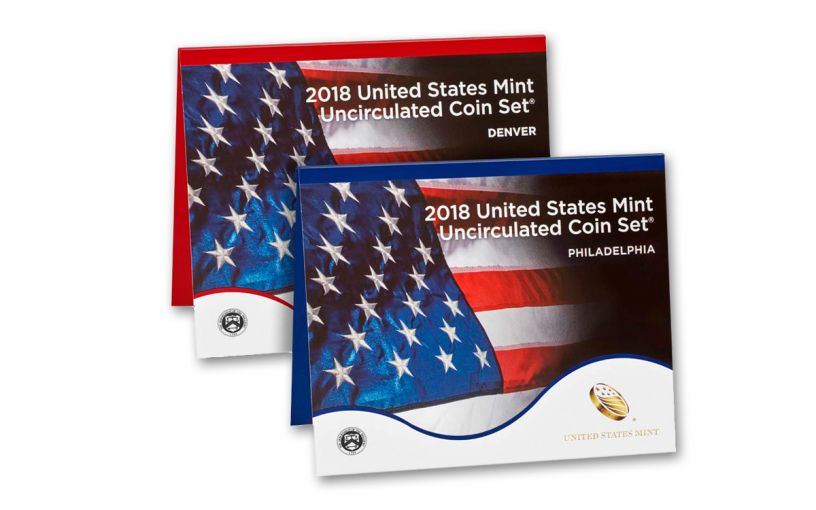 Availability: In Stock
This item will ship within 2 business days.
Item #
317391
Review this product
Add to Wish List Add to Wish List Wishlist is for registered customers. Please login or create an account to continue. Add to Compare
Product Description

Always a collector favorite, the U.S. Mint’s Uncirculated Mint Sets have been issued since 1947. Many collectors love adding each year’s Mint Set to their collection so they can have an example of every regularly circulating coin struck by the Mint. Some people collect sets from certain decades, others the entire series. For casual collectors, specific years have sentimental value due to a wedding, birth or other significant event.

The 2018 U.S. Mint Uncirculated Coin Set consists of two folders of 10 coins each – one from the U.S. Mint at Philadelphia and the other from the U.S. Mint at Denver.  Each folder contains the U.S. Mint’s 2018-dated coins, including the Native American $1 Coin featuring a new one-year-only reverse design of the legendary Jim Thorpe, and all five coins from this year’s America the Beautiful Quarters program: