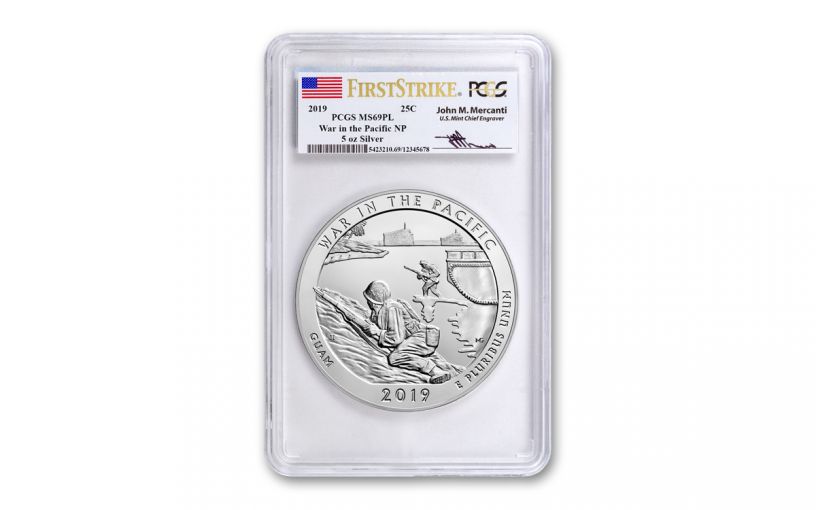 Availability: Out of Stock
This item is currently Out of Stock. Please sign up to be notified if this product becomes available.
Item #
353501
Add to Wish List Add to Wish List Wishlist is for registered customers. Please login or create an account to continue. Add to Compare

Your coin has been graded by the Professional Coin Grading Service (PCGS) as being in near-perfect Mint State-69 (MS69) condition, a distinction that means your almost-flawless coin will showcase an impressive full strike and indistinguishable imperfections – well above and beyond the quality of the vast majority of coins in the series. In fact, even though this wasn’t struck as a proof, this coin's brilliant and reflective finish has earned it a “Proof-Like” (PL) designation from PCGS.

In addition, PCGS has certified your Five-Ounce Silver America the Beautiful quarter to be a First Strike (FS) coin, a designation that means it was received by PCGS or an PCGS-approved depository within the first 30 days of its release. And as one last added touch, the label encapsulated with your coin has also been personally signed by John Mercanti, the 12th Chief Engraver at the U.S. Mint and the most prolific coin and medal designer in United States Mint history.