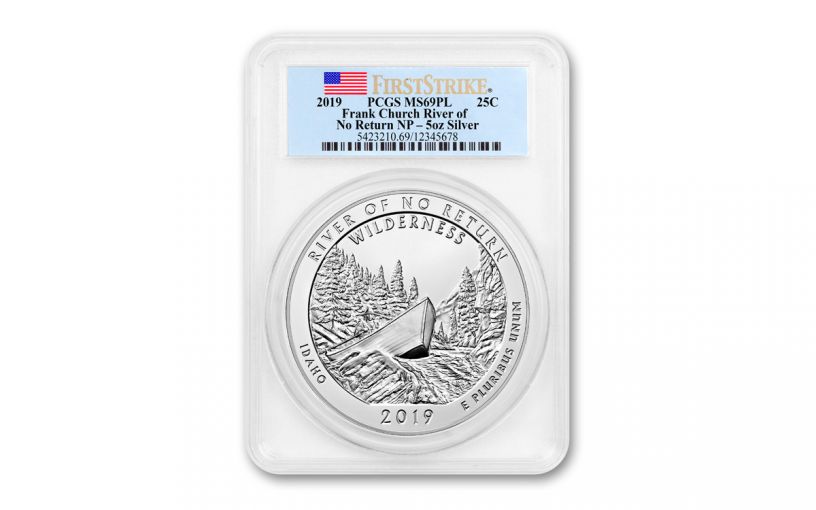 Availability: In Stock
This item will ship within 2 business days.
Item #
357953
CC Payments as low as
$89.98 / month
Add to Wish List Add to Wish List Wishlist is for registered customers. Please login or create an account to continue. Add to Compare

In 1805, when the Lewis & Clark Expedition was exploring a stretch of the Salmon River in what is today the state of Idaho, a group led by William Clark encountered a stretch of the river with an unimaginable torrent that ultimately proved to be one of the most dangerous and unforgiving rivers in North America. Years later, it was named “The River of No Return” when tales of its turbulent nature became more well known.

At 2.367 million acres, the Frank Church—River of No Return Wilderness Area is the nation’s largest contiguous federally managed wilderness in the lower 48 states. It boasts rugged mountains, deep canyons, and wild whitewater rivers. In fact, the Salmon River Canyon is one of the deepest gorges in North America – deeper even that the Grand Canyon! Its namesake, Senator Frank Church played a major role in passage of the Wilderness Act in 1964, and in the creation of the River of No Return Wilderness Area in 1980.

The America the Beautiful series has proven extremely popular since it began back in 2010. For those who have been collecting from the start, each release has provided a new and exciting way to discover and appreciate all that America has to offer. And the best way to collect these designs is as a whopping five-ounce, 99.9% silver coin! Measuring an incredible 76.2 mm in diameter, it’s nearly twice the size of an American Silver Eagle!

Your coin has been graded by the Professional Coin Grading Service (PCGS) as being in near-perfect Mint State-69 (MS69) condition, a distinction that means your almost-flawless coin will showcase an impressive full strike and indistinguishable imperfections – well above and beyond the quality of the vast majority of coins in the series. In fact, even though this wasn’t struck as a proof, this coin’s brilliant and reflective finish has earned it a Proof-Like (PL) designation from PCGS!

In addition, PCGS has certified that your America the Beautiful Five-Ounce Silver Quarter is a First Strike (FS) coin, meaning that it was among the first struck by the mint and was verified within the first 30 days of issue. Collectors seek out these coins because they are produced with new dies and considered to have sharper strikes and deeper mirrors than those that are struck later. Also, the population of coins labeled as First Strikes is only a fraction of the total mintage.

Idaho’s Frank Church—River of No Return Wilderness Area is a perfect example of a coin that presents collectors with a scene of America’s history that would likely be overlooked otherwise. The coin shows a person in a drift boat on the rushing river with trees and rock formations around it. While jetboats can navigate upstream today, in the 1800s, boats could navigate down the river but could not get back up through the fast water and numerous rapids.

The 2019 Frank Church—River of No Return Wilderness Area Five Ounce Silver release is one of five America the Beautiful Coins that will be issued this year meaning it will be available only for so long. Add it to your collection before it’s too late!