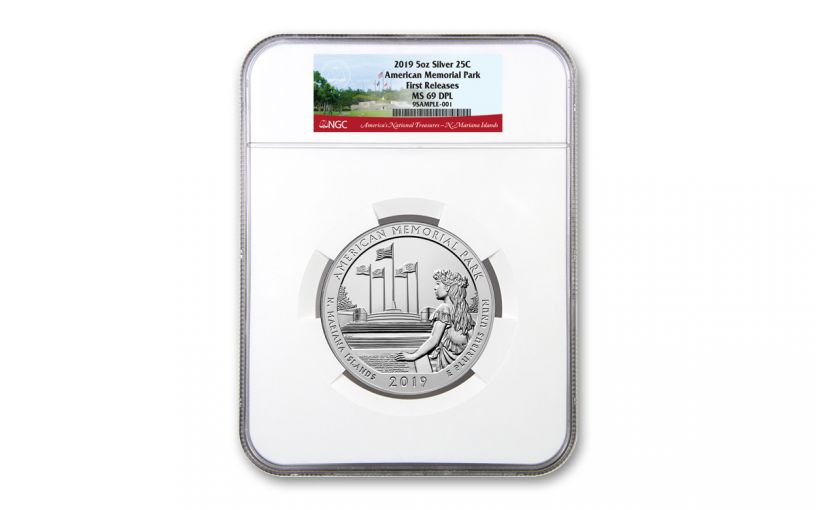 Availability: In Stock
This item will ship within 2 business days.
Item #
348480
Review this product
CC Payments as low as
$77.48 / month
Add to Wish List Add to Wish List Wishlist is for registered customers. Please login or create an account to continue. Add to Compare
Complete your collection with one of these:
Product Description

What’s more, the coins in this offer have all been graded by the Numismatic Guaranty Corporation (NGC) as being in near-perfect Mint State-69 Deep Proof-Like (MS69 DPL) condition, a distinction that means these almost-flawless coins showcase impressive full strikes and indistinguishable imperfections – well above and beyond the quality of the vast majority of coins in the series. In fact, even though they weren’t struck as a proof coins, their brilliant and reflective finishes have earned them a “Proof-Like” designation from NGC. In addition, NGC has graded these 2019 American Memorial Park Five-Ounce Silver America the Beautiful Coins to be First Releases (FR) coins, a designation that means they were received by NGC or an NGC-approved depository within the first 30 days of their release.