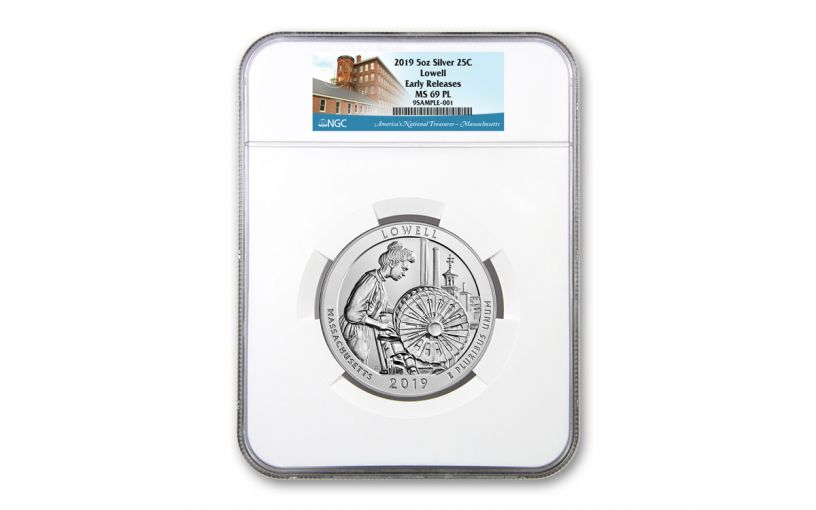 Availability: Out of Stock
This item is currently Out of Stock. Please sign up to be notified if this product becomes available.
Item #
346285
Add to Wish List Add to Wish List Wishlist is for registered customers. Please login or create an account to continue. Add to Compare

In its early years, the United States of America was primarily an agrarian nation. That all changed in the 1800s when the Industrial Revolution helped shift America to an industrial economy. By the Turn of the Century, America was the world’s economic and industrial juggernaut. No area represents this era better than the Lowell National Historic Park in Lowell, Massachusetts. Established in 1978, several buildings make up the national park and a visitor center helps link the various restored and unrestored sites from the 19th century. Now, this first issue of 2019 in the America the Beautiful series celebrates the area with this five-ounce silver Lowell National Historic Park coin.