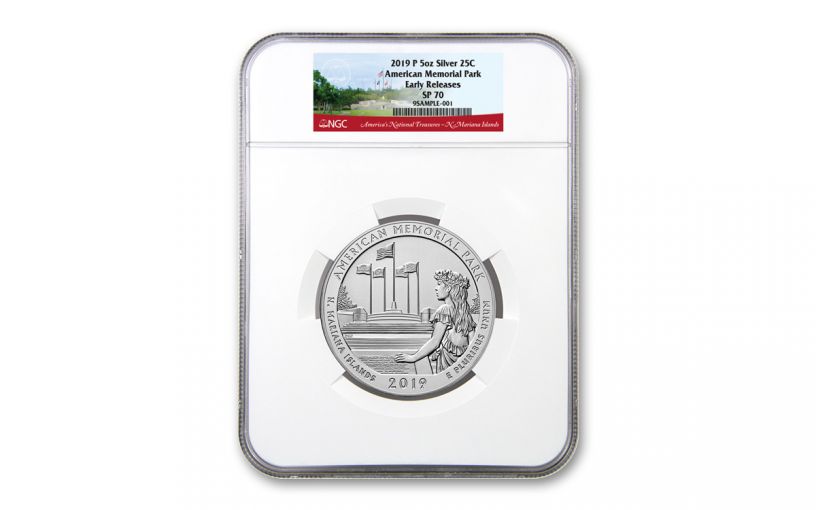 Availability: In Stock
This item will ship within 2 business days.
Item #
348503
CC Payments as low as
$114.50 / month
Add to Wish List Add to Wish List Wishlist is for registered customers. Please login or create an account to continue. Add to Compare

Your coin will come with a smooth satin-like matte finish produced by a vapor blast process. In addition, has been graded by the Numismatic Guaranty Corporation (NGC) as being in stunning Specimen-70 (SP70) condition, a distinction that means your perfectly-graded coin will have ZERO imperfections – showing all features and fields exactly as the engraver and mint intended. In addition, NGC has certified this piece to be an Early Releases (ER) coin, a designation that means it was among the first struck by the mint and was verified within the first 30 days of issue.

These 2019 American Memorial Park Five Ounce Silver Specimen release is one of five America the Beautiful Coins that will be issued this year meaning it will be available only for so long. Add it to your collection before it’s too late!