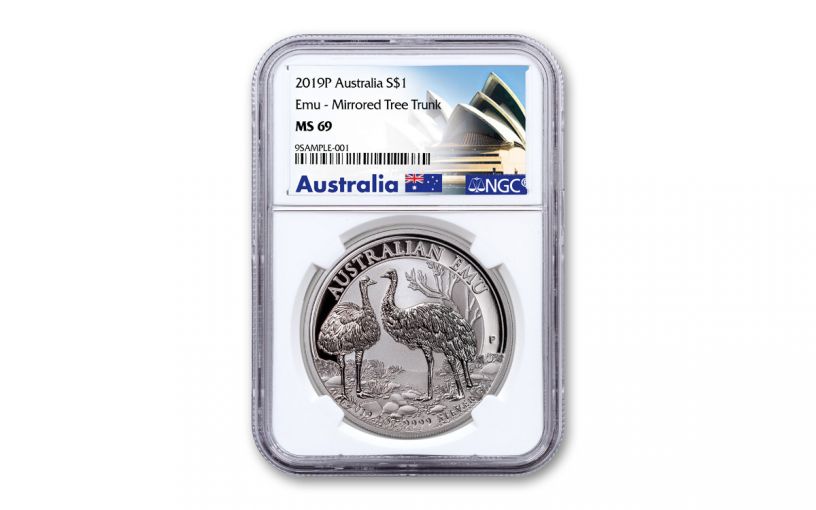 Availability: Out of Stock
This item is currently Out of Stock. Please sign up to be notified if this product becomes available.
Item #
352641
Add to Wish List Add to Wish List Wishlist is for registered customers. Please login or create an account to continue. Add to Compare

Now the second-year 2019 Silver Emu coins have arrived, and the mintage is unchanged: It’s once again set at 30,000, meaning collectors who want one may soon find themselves struggling to get one!

The unique variety aside, this coin another winner in the Perth Mint’s long line of popular silver coins. Struck in a full ounce of 99.99% pure silver, it comes graded by the Numismatic Guaranty Corporation (NGC) as being in nearly flawless Mint State-69 (MS69) condition, a distinction that means your almost-flawless coin will showcase an impressive full strike and indistinguishable imperfections – well above and beyond the quality of the vast majority of coins in the series. It will also come sonically sealed in an acrylic holder with an exclusive Sydney Opera House label.