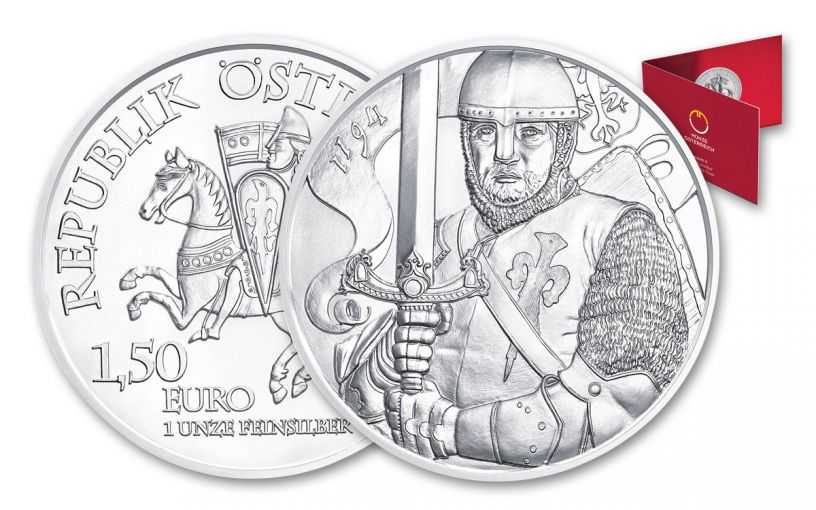 Availability: Out of Stock
This item is currently Out of Stock. Please sign up to be notified if this product becomes available.
Item #
344941

The maximum worldwide limited edition for the2019 Austria 825th Anniversary of Vienna Mint Leopold V One-Ounce Silver Coin has been set at just 100,000. For coin collectors, students of history and silver stackers the world over, these coins are sure to be a huge hit. Get yours now in an official government-issued blister pack folder and rediscover the age of Richard the Lion Hearted and how his feud with Austria’s Duke Leopold founded the world-famous Austria Mint!

Celebrate the founding of the Austrian Mint with this 2019 Austria 825th Anniversary of Vienna Mint Leopold V One-Ounce Silver Coin. Click one – or several – to your cart today!