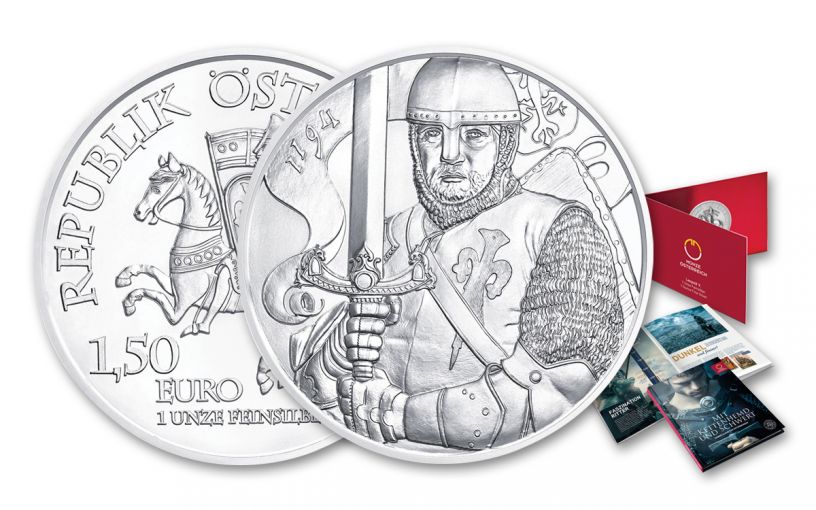 Availability: Out of Stock
This item is currently Out of Stock. Please sign up to be notified if this product becomes available.
Item #
344942

The maximum worldwide limited edition for the2019 Austria 825th Anniversary of Vienna Mint Leopold V One-Ounce Silver Coin has been set at just 100,000. For coin collectors, students of history and silver stackers the world over, these coins are sure to be a huge hit. Get yours now in an official government-issued blister pack folder and accompanied by the book A Knight’s Tale an illustrated album packed with facts and historical detail about the Middle Ages. It’s also designed to hold all the coins in this anniversary release!

Rediscover the age of Richard the Lion Hearted and how his feud with Austria’s Duke Leopold founded the world-famous Austria Mint and order your coin today!

Celebrate the founding of the Austrian Mint with this 2019 Austria 825th Anniversary of Vienna Mint Leopold V One-Ounce Silver Coin. Click one – or several – to your cart today!