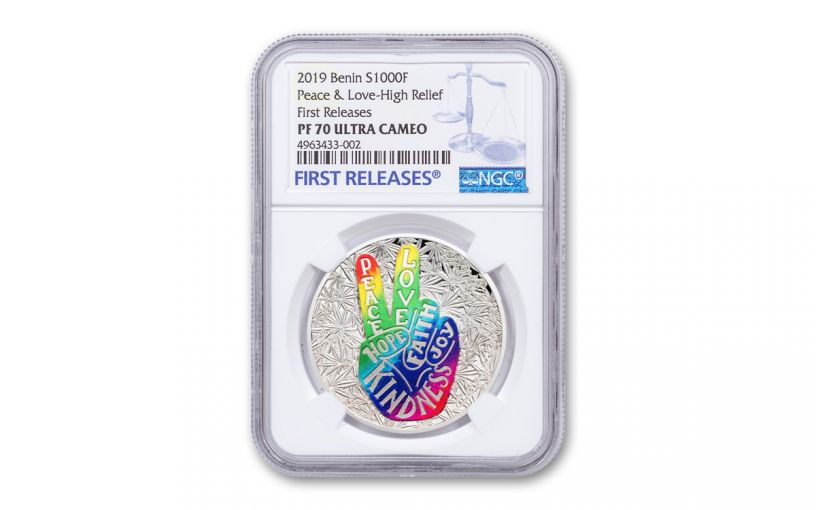 Availability: Out of Stock
This item is currently Out of Stock. Please sign up to be notified if this product becomes available.
Item #
349712
Add to Wish List Add to Wish List Wishlist is for registered customers. Please login or create an account to continue. Add to Compare
Product Description

When legendary Beatle John Lennon recorded Give Peace a Chance during his June 1969 “Bed-In” with Yoko Ono, the song soon became an anti-Vietnam War protest anthem for a generation of young people. Just a few weeks later, hundreds of thousands of those same people congregated at a dairy farm near Woodstock, New York for an “Aquarian Exposition” that evolved into a four-day long music festival. While Lennon did not perform at Woodstock, his theme of peace and love was widespread among the people that camped out during the often-rainy weekend.

Besides the music, rain and mud, another element was in the air that long August weekend: the smell of Cannabis sativa. More commonly known as marijuana – or even “wacky tobaccy” in some circles – there was no mistaking its presence at Woodstock where peace and love were buzz words at the event that defined the generation of the 1960s. To pay tribute to the 50th anniversary of Woodstock and its “Hippie” culture, the western African nation of Benin has issued this groovy colorized coin struck in a full ounce of highly-pure 99.9% silver.

When you get your first glimpse of this legal-tender 1,000 Francs coin you can see that all it wants to do is spread some love, promote peace, and find some enlightenment. With a colorful and vibrant design, it features a peace sign with the words PEACE, LOVE, FAITH, JOY, HOPE and KINDNESS engraved on each finger and palm. Engraved behind the peace sign are intricate engravings of Cannabis sativa, a flowering plant with many uses. From rope to psychedelic experiences, any of the three genera of Cannabis are easily recognizable.

Your 2019 One-Ounce Silver Peace & Love Proof will also come graded by the Numismatic Guaranty Corporation (NGC) as being in flawless Proof-70 Ultra Cameo (PF70UC) condition, a distinction that means your perfectly-graded proof will have ZERO imperfections – showing all features and fields exactly as the engraver and mint intended. In addition, NGC has graded your Peace & Love Silver Proof to be a First Releases (FR) coin, a designation that means your coin was received by NGC or an NGC-approved depository within the first 30 days of its release.

With only 999 proofs struck for worldwide release, this already unique coin becomes even more desirable. Buy your own proof now and help spread the love today before all these coins go up in smoke!

The 2019 Benin 1000 Francs One-Ounce Silver Peace & Love Proof is sure to light up your collection. Click one to your cart today!