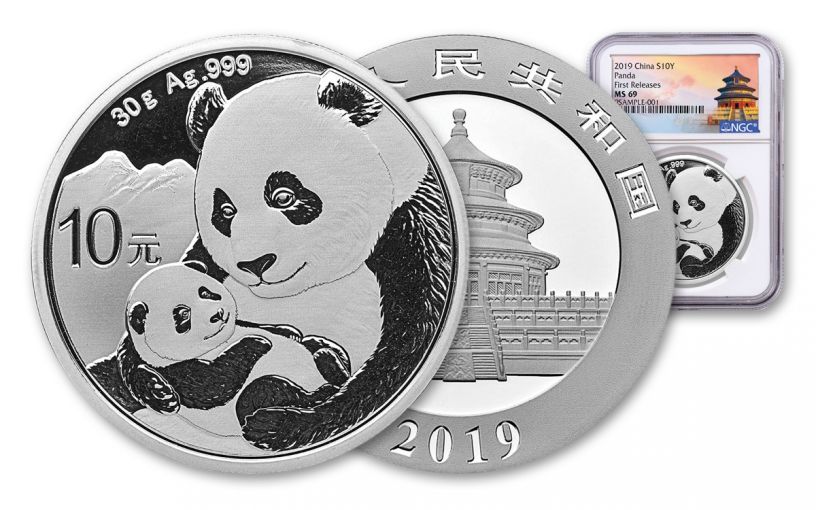 Availability: In Stock
This item will ship within 2 business days.
Item #
342993
Review this product
Add to Wish List Add to Wish List Wishlist is for registered customers. Please login or create an account to continue. Add to Compare
Product Description

First released in 1983 and building in popularity over 35 years, the China Mint's Silver Panda series is now among the most popular on the planet. But why is this superb selection of silver so sought after?

Is it because each is struck in highly pure 99.9% fine silver? Maybe it's because, since 2016, these coins have been issued in metric weights, setting themselves apart from other silver coins minted around the world? Perhaps it's due to the fact that demand for these coins within China's borders has been heating up, making them harder to find outside of the country?

Sure, those are all perfect reasons for this Panda phenomenon. Frankly, we'd like to think that it's because each year brings an absolutely adorable giant panda design, struck for one year only! No matter what your reasons are, now is the time to bring a 2019 China Silver Panda home to your collection!

Don't miss out on this chance to either continue your China Panda collection or to start a brand new chapter. Selections from the series tend to sell out quickly, so don't wait too long – capture one in your cart today!