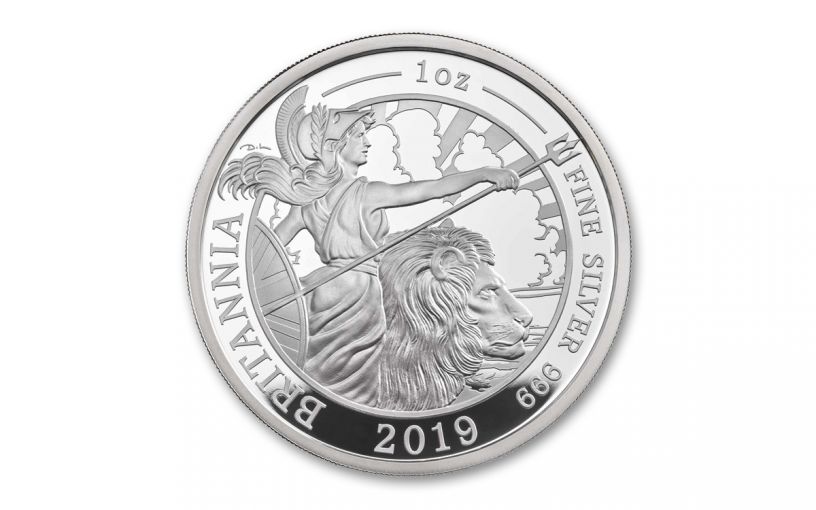 Availability: Out of Stock
This item is currently Out of Stock. Please sign up to be notified if this product becomes available.
Item #
340430
Add to Wish List Add to Wish List Wishlist is for registered customers. Please login or create an account to continue. Add to Compare

Struck in one ounce of highly-pure 99.9% silver by the artisans of the Royal Mint, this coin is £2 (two pounds) legal tender in the United Kingdom. Your 2019 Britannia One-Ounce Silver Proof was expertly crafted by the mint from hand-selected planchets, polished dies and multiple strikes to produce beautifully frosted details rising over mirror-like fields. It will also come in its original government packaging from the mint.