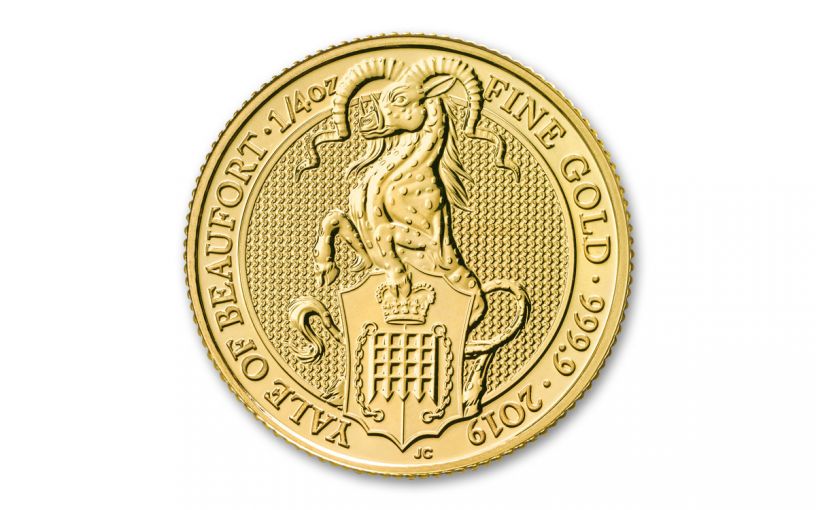 Availability: Out of Stock
This item is currently Out of Stock. Please sign up to be notified if this product becomes available.
Item #
347550

Here’s your chance to bring the Queen’s Beasts Yale home in a quarter-ounce of 99.99% gold, with a reverse designed by the talented Jody Clark, Royal Mint Engraver and designer of the current effigy of Queen Elizabeth II. Your coin has a legal-tender value of £25 (twenty-five pounds) and will come in gleaming Brilliant Uncirculated condition, as fresh and crisp as the day it left the mint.