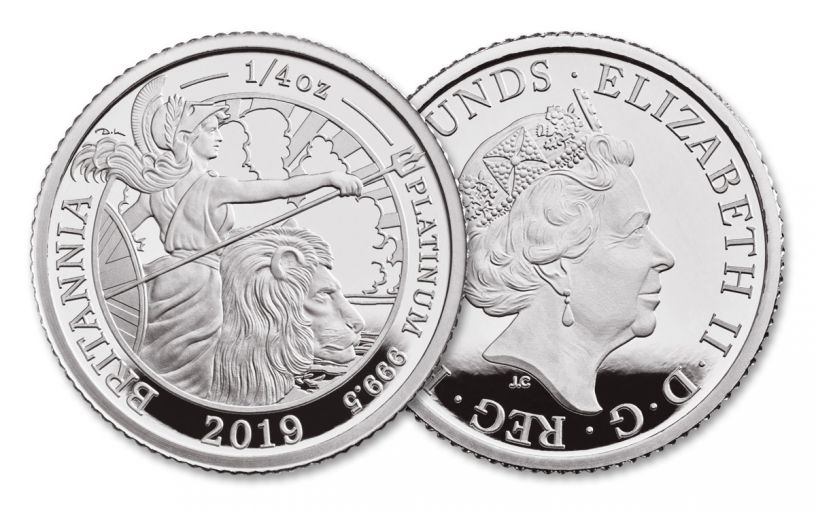 Availability: Out of Stock
This item is currently Out of Stock. Please sign up to be notified if this product becomes available.
Item #
346090
Add to Wish List Add to Wish List Wishlist is for registered customers. Please login or create an account to continue. Add to Compare

Take any major world coin that features a changing one-year-only design, and how many do you think would be struck? A few thousand, perhaps? Not so with this extremely limited 2019 Quarter-Ounce Platinum Britannia Proof, which has a worldwide mintage of just 250 pieces!

What makes this tiny mintage even more extraordinary is the design itself – an homage to the Una and Lion coin, struck exactly 180 years ago in 1839. That coin used Queen Victoria as the model for Una – and 2019 is also the 200th anniversary of Queen Victoria’s birth.

Even Britannia celebrates a major anniversary this year, having first appeared on Roman coins around A.D. 119, making this her 1,900th anniversary as a coin design.

To secure this limited 99.95% pure platinum release, you’ll have to move fast. Hurry and secure one or more for your collection today!