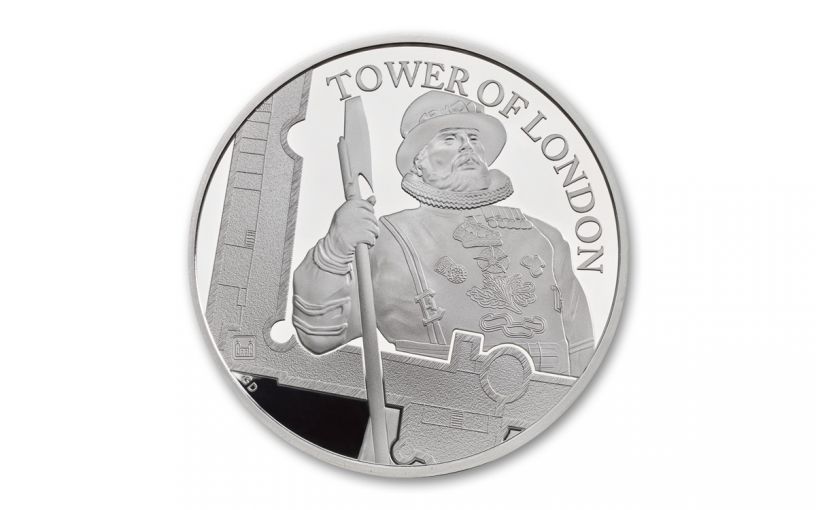 Availability: Out of Stock
This item is currently Out of Stock. Please sign up to be notified if this product becomes available.
Item #
349844
Add to Wish List Add to Wish List Wishlist is for registered customers. Please login or create an account to continue. Add to Compare

Each coin in this four-piece series is part of a greater whole. When all four coins of the series are arranged together it completes an image of the Tower of London. It’s a fascinating aspect to these coins – but only possible if you secure this third release while it’s still available!

Your coin will come beautifully presented in its original government packaging from the mint; a sleek black display box accompanied by an informative booklet. Only 4,000 of these silver proofs will be struck, so reserve yours now!