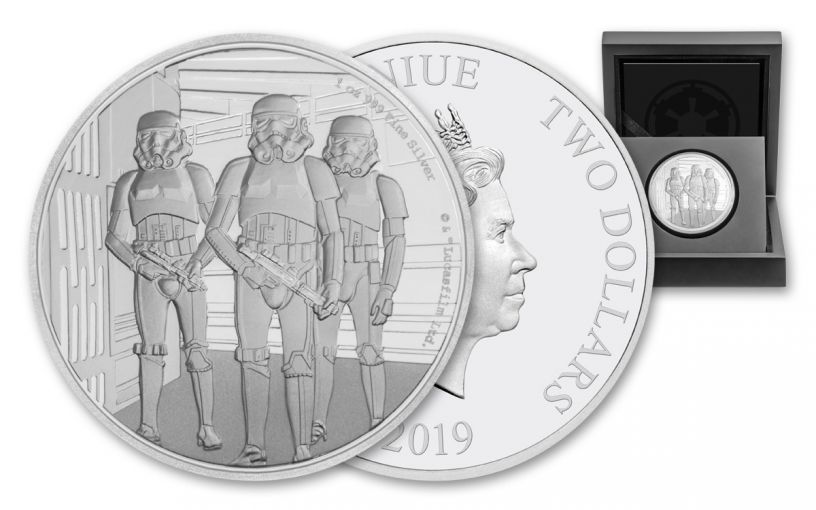 Availability: Out of Stock
This item is currently Out of Stock. Please sign up to be notified if this product becomes available.
Item #
342104
Add to Wish List Add to Wish List Wishlist is for registered customers. Please login or create an account to continue. Add to Compare

Usually the good guys are dressed in white, right? That’s not always the case in the Star Wars™ cinematic universe where the Empire’s army of stormtroopers are clad head-to-toe in white battle armor. These faceless, nameless minions of the empire are basically disposable bad guys as they are shot, stabbed, melted, vaporized, clubbed and done away with in all sorts of ways that are often as comical as they are melodramatic.

There’s sure to be hundreds of them blown to atoms in the next Star Wars film to be released to an eager public on December 20, 2019. One of the year’s most highly-anticipated films, it will be the third and final installment of the Star Wars sequel trilogy and final installment of the main Star Wars film franchise. In anticipation of the film’s release, the Pacific island nation of Niue has just released a brand new, officially licensed one-ounce silver proof featuring the image of not one, but THREE stormtroopers patrolling a corridor on the Death Star in search of “rebel scum.” In addition, the coin is officially licensed by Lucasfilm and Disney so you know it lives up to the high standards Star Wars fans have come to expect.

This impressive one-ounce silver proof is minted in highly-pure 99.9% silver with a mintage of 10,000. It will come in gorgeous Gem Proof condition, meaning it was expertly crafted by the mint from hand-selected planchets, polished dies and multiple strikes to produce beautifully frosted details rising over mirror-like fields! Your proof will also arrive in its official mint packaging and accompanied by a numbered certificate of authenticity. As an official $2 legal-tender coin, it features the royal portrait of Her Majesty Queen Elizabeth II, as well as the 2019 year date and the two dollar denomination.

With just 10,000 of these exciting proofs available for the entire world, there are far too few for everyone who would like own one. Heck, there are probably that many stormtroopers converging right now on our little band of freedom fighters in the upcoming film! Don’t miss out – order your 2019 Niue Star Wars Stormtroopers One-Ounce Silver Proof today!

Here are three stormtroopers you don’t want to avoid! Assign them new marching orders that will carry them right into your collection. There’s no need to use The Force, just drop them into your cart!