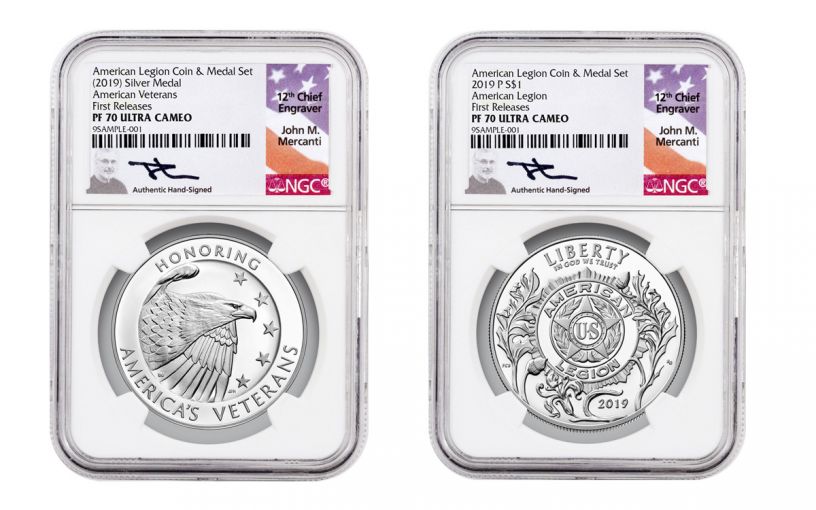 Availability: In Stock
This item will ship within 2 business days.
Item #
350597
CC Payments as low as
$149.50 / month
Add to Wish List Add to Wish List Wishlist is for registered customers. Please login or create an account to continue. Add to Compare

Each piece in your 2019-P American Legion 100th Anniversary Silver Dollar Proof & Medal Two-Piece Set was graded by the Numismatic Guaranty Corporation (NGC) as being in flawless Proof-70 (PF70) condition, a distinction that means your perfectly-graded proofs will have ZERO imperfections – showing all features and fields exactly as the engraver and mint intended. In addition, NGC has certified and given each piece in your two-piece set is a First Releases (FR) designation, a classification that means they were received by NGC or an NGC-approved depository within the first 30 days of their release.

Here’s the icing on the cake: Not only will each piece will come sonically sealed in an acrylic holder with a special black display core, but each will be encapsulated with an exclusive label signed by John Mercanti, the 12th Chief Engraver at the U.S. Mint! Talk about a seal of approval from a giant in the coin world!