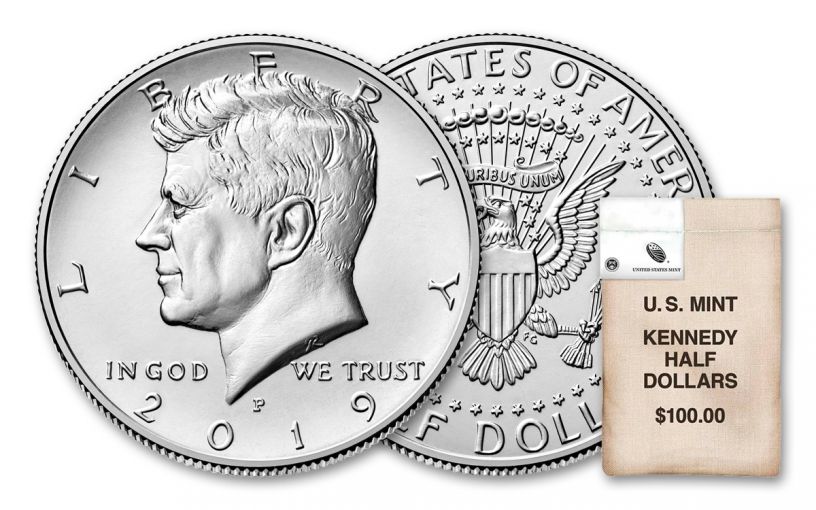 Availability: Out of Stock
This item is currently Out of Stock. Please sign up to be notified if this product becomes available.
Item #
349582
Add to Wish List Add to Wish List Wishlist is for registered customers. Please login or create an account to continue. Add to Compare

One of the darkest days in American history happened more than 50 years ago when an assassin’s bullet snuffed out the life of a popular energetic president. It was a loss that was felt so deeply by everyone across the country that those who lived through it can remember in precise detail where they were and what they were doing when they heard the news that President John F. Kennedy had been shot while in a motorcade in Dallas, Texas at 12:30 p.m. on November 22, 1963.

A little more than a month after President Kennedy’s death, Congress authorized a half-dollar coin to be minted in his honor. Initially intended to be a one-year-only silver commemorative, the Kennedy half Dollar has been struck every year since, albeit no longer in silver. Now you can get the latest incarnation of this popular coin with this massive 2019 Kennedy Half Dollar P & D 200-Coin Bag consisting of coins that are from the latest issue in the series.

While President Kennedy’s political allies and opponents have spoken extremely highly of his virtues for more than half a century, his death continues to inspire intrigue and mistrust. Even though he was killed in a most public fashion, official stories of the assassination continue to spur doubt and debate. In fact, many say that the Warren Report, the official government account of what happened, created more questions than it answered.

From the romanticizing of his life to the intrigue surrounding his death, President Kennedy continues to be one of the most intriguing figures of the 20th century with his all-too brief tenure in the White House referred to an American Camelot. These bags of Kennedy Half Dollars continue to keep his legacy alive and give collectors the chance to be a part of it. Share in this story of an American icon by ordering your bag today!