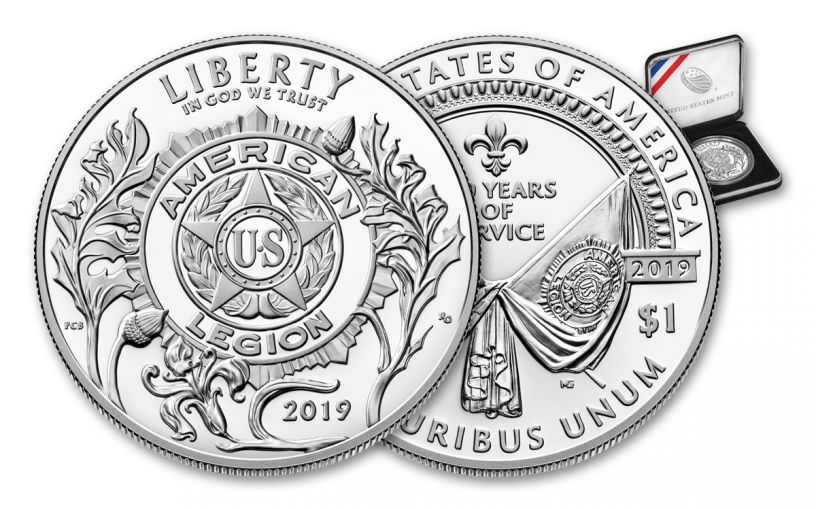 Availability: Out of Stock
This item is currently Out of Stock. Please sign up to be notified if this product becomes available.
Item #
347575
Add to Wish List Add to Wish List Wishlist is for registered customers. Please login or create an account to continue. Add to Compare

Don’t miss your chance to pay tribute to the sacrifices made by veterans and the steadfast organization that has been looking out for their welfare for the past century. Secure your 2019-P American Legion 100th Anniversary Silver Dollar Proof today!