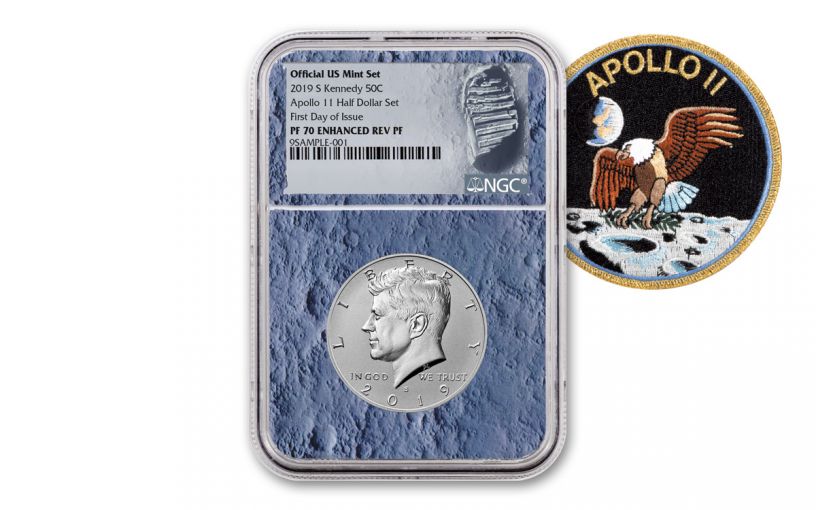 Availability: In Stock
This item will ship within 2 business days.
Item #
350197
Review this product
Add to Wish List Add to Wish List Wishlist is for registered customers. Please login or create an account to continue. Add to Compare
Complete your collection with one of these:
Product Description

In addition, NGC has certified that your special Enhanced Reverse Proof Kennedy Half Dollar is a First Day of Issue (FDI) coin, independent authentication that it was received by NGC or an NGC-approved depository by the release date or on the business day within 24 hours of the official release date. It will also come sonically sealed in an acrylic holder with a crater-pocked display core that mimics the moon’s surface along with an exclusive label that features an astronaut’s footprint on the moon.