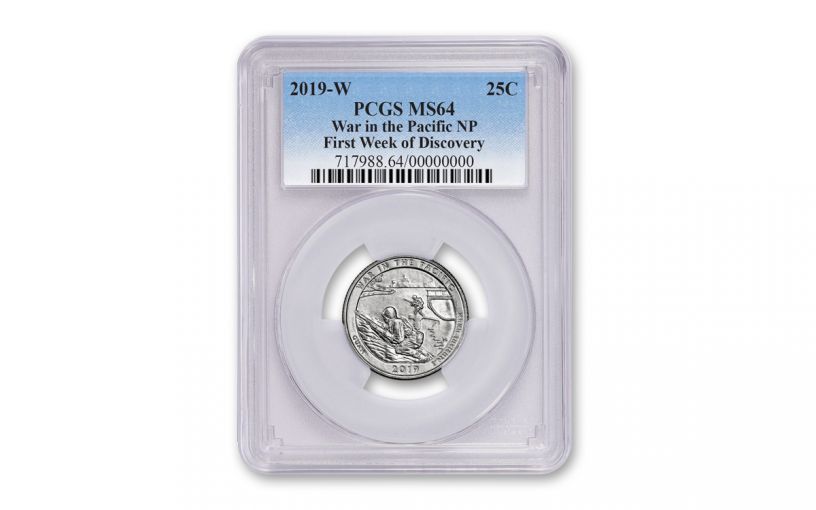 Availability: Out of Stock
This item is currently Out of Stock. Please sign up to be notified if this product becomes available.
Item #
354040
Add to Wish List Add to Wish List Wishlist is for registered customers. Please login or create an account to continue. Add to Compare

We’ve managed to rescue a small hoard of 2019’s Guam War in the Pacific National Historical Park Quarter meant for circulation and had them certified and graded by the Professional Coin Grading Service (PCGS), one of the world’s leading third-party grading services! And here’s the good news: Each coin available in this offer has been graded by PCGS as being in stunning Choice Uncirculated Mint State-64 (MS64) condition! In addition, PCGS has added a special First Week of Discovery certification to your coin, a special designation that means it was submitted to PCGS or a PCGS-approved depository within the first week of its discovery.