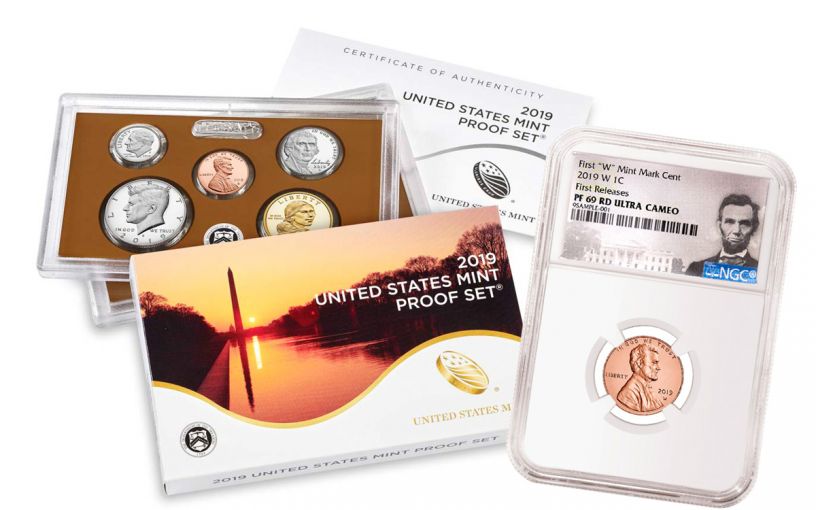 Availability: Out of Stock
This item is currently Out of Stock. Please sign up to be notified if this product becomes available.
Item #
348201
Add to Wish List Add to Wish List Wishlist is for registered customers. Please login or create an account to continue. Add to Compare

The 2019-W Lincoln Cents available in this offer will come graded by the Numismatic Guaranty Corporation (NGC) as being in near-perfect Proof-69 Ultra Cameo (PF69UC) condition, a distinction that means your almost-flawless coin will showcase an impressive full strike and indistinguishable imperfections – well above and beyond the quality of the vast majority of coins in the series. In addition, NGC has graded these pennies to be First Releases (FR) coins, a designation that means these coins were received by NGC or an NGC-approved depository within the first 30 days of their release.

Additionally, NGC has certified it as a Red (RD) penny, a designation that really locks down its status as a high-grade coin. Traditionally, a Red designation is applied to high-grade copper pennies that retain at least 95 percent of their original red color on their surfaces. NGC also used the RD designation for modern proof and Mint State pennies as well.