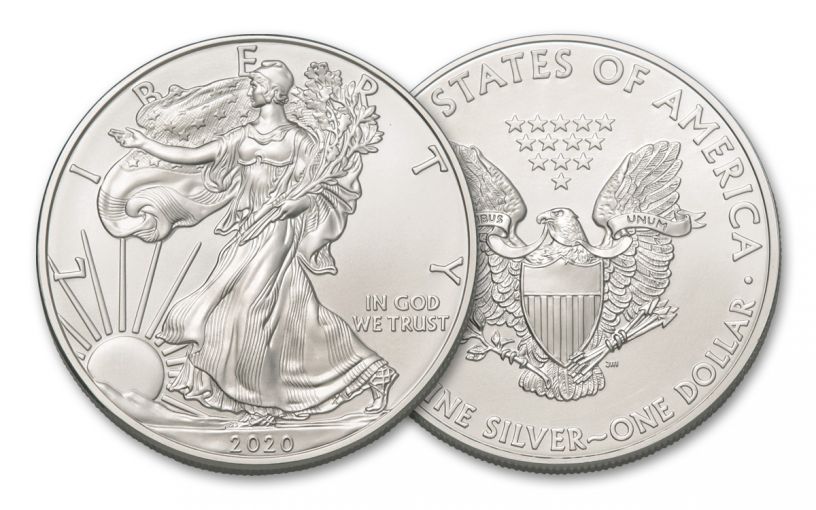 Availability: In Stock
This item will ship within 2 business days.
Item #
354740

Why is the American Silver Eagle one of the most collected coins in the world? Is it because of its United States provenance and guaranteed silver purity? Or maybe it’s due to its 34 years of history, originating in the Reagan administration as a way to spur private silver ownership? Perhaps it’s a result of the coin’s stunning combination of Adolph A. Weinman’s classic Walking Liberty with John Mercanti’s heraldic eagle? There’s only one clear answer: It’s because of ALL those reasons – and more!

No matter why you love collecting American Silver Eagles or how you’ve come to appreciate them, we have the 2020 Silver Eagles that are right and ready for your collection. Whether you love them for their art or for their precious metal (or both!) we have Brilliant Uncirculated (BU) condition bullion coins sure to delight collectors and silver stackers alike!

Silver Eagles like these are perennial favorites, usually flying out of our vaults as soon as they arrive! Whether you're new to the series, a diehard collector or a silver stacker looking to add to your reserve, this is your chance to secure these 2020 Silver Eagles for your very own. Don't wait – order yours today!