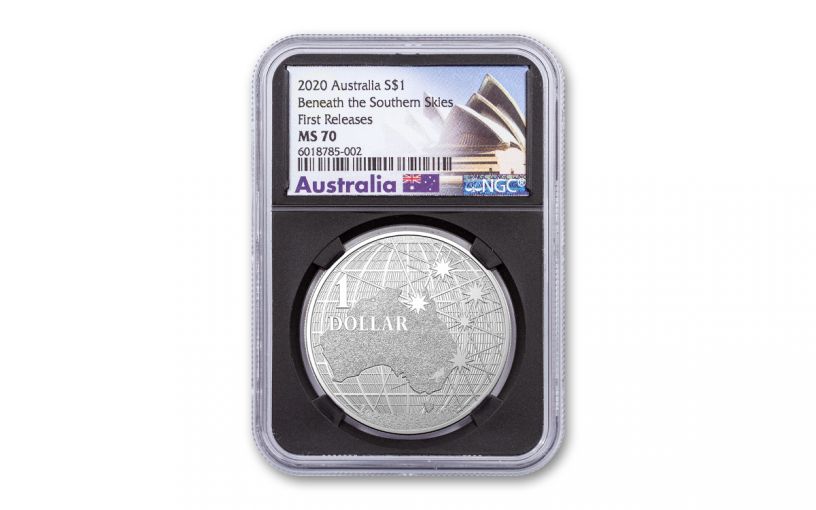 Availability: In Stock
This item will ship within 2 business days.
Item #
363062
Add to Wish List Add to Wish List Wishlist is for registered customers. Please login or create an account to continue. Add to Compare

In 2018, the coin world mourned the passing of the great Stuart Devlin, the Australian-born designer who had left an indelible mark in the field of numismatics both in his home country and around the world. But while gone, his designs continued to inspire a new generation of artists. To pay tribute the life of this great man, The Royal Australian Mint searched through its archives and found an original draft Devlin had completed 50 years earlier that was never used on a coin. Now retrieved and revised, the design is featured on a new gold and silver bullion coin series.

Stuart Devlin (1931-2018) was born in Geelong, Australia where he began a career in goldsmithing and silversmithing at the age of 17. In an illustrious career that spanned more than 70 years, he designed coins for Australia, the United Kingdom and more than 30 other countries. He rose to prominence in 1964 when he won a competition to design Australia’s first decimal coinage. Among his other famous works were Australia’s now-iconic “Red” kangaroo series and the coins and medals for the Sydney 2000 Olympic Coin Program. As if his skills weren’t obvious enough, they were honored once again in 1982 when he was appointed Goldsmith and Jeweler to Her Majesty Queen Elizabeth II.

Each 2020 Australia One-Ounce Silver Beneath the Southern Skies Coin available here has been graded by the Numismatic Guaranty Corporation (NGC) in flawless Mint State-70 (MS70) condition, a distinction that means these perfectly-graded coins will have ZERO imperfections — showing all features and fields exactly as the engraver and mint intended. In addition, NGC has certified that these are First Releases (FR) coins, a designation that means they were received by NGC or an NGC-approved depository within the first 30 days of their release. Each coin will also come sonically sealed in an acrylic holder with a black display core.

Whether you’re a fan of Australian coins, Stuart Devlin or just like adding pure silver to your collection, this coin is for you. Add one — or several — to your cart today!

AN ORIGINAL STUART DEVLIN DESIGN – This coin features an original draft design by Stuart Devlin that featured the Australian continent alongside the Southern Cross constellation. This draft was retrieved from the Royal Australian Mint’s archives and revised with intricate detail to pay tribute the designer who passed away in 2018 at the age of 86.

AUSTRALIAN LEGAL-TENDER – These 2020 Australia One-Ounce Silver Beneath the Southern Skies Coins are $1 legal tender in Australia.

KEY FIRST RELEASES CERTIFICATION – NGC has certified that your coin is a First Releases (FR) coin, meaning that it was among the first struck by the mint and was verified within the first 30 days of issue. It will come sonically sealed in an acrylic holder with a black display core.