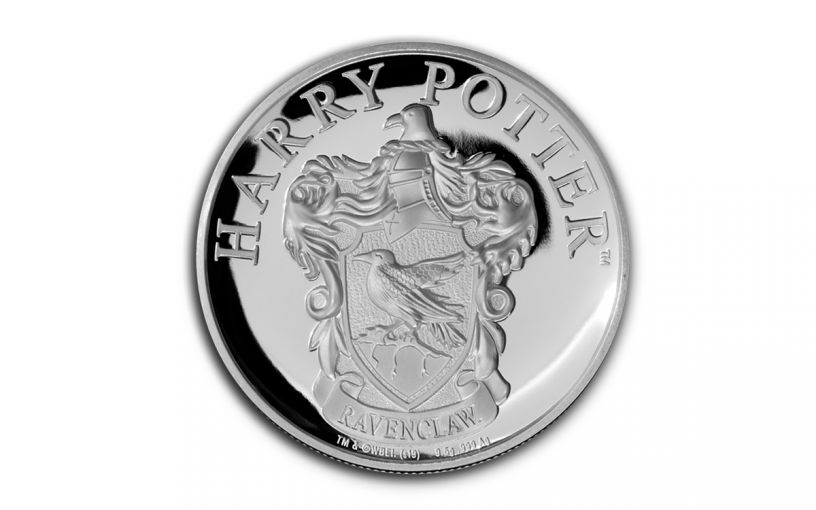 Availability: In Stock
This item will ship within 2 business days.
Item #
363103
Add to Wish List Add to Wish List Wishlist is for registered customers. Please login or create an account to continue. Add to Compare

Are Your Smart Enough to Join the House of Ravenclaw?

If you like wizards, witches, butterbeer, quidditch, magical creatures and trips to Hogsmeade, then you might just be a Potterhead — a fan of the Harry Potter series of books and movies. And one of the most iconic parts of Harry Potter lore is the Hogwarts School of Witchcraft and Wizardry, a massive castle located somewhere in the Scottish Highlands that serves as a boarding school for young magical students.

As conceived by author J.K. Rowling, students at Hogwarts are sorted into one of four “Houses” named after the founders of the school: Gryffindor, Slytherin, Ravenclaw and Hufflepuff. Sorting people into their Hogwarts Houses has become a beloved pastime for fans with on-line apps allowing people to figure out which house they would be sorted into. Now you have the power to pick your own House with a series of silver proofs, each depicting a different House Crest.

In this offer you can secure the Ravenclaw House Crest struck as a legal-tender £1 proof in one-third ounce of highly pure 99.9% fine silver. Though the crest features an eagle in the books, the film series uses a raven. This coin makes use of the raven crest, expertly crafted from hand-selected planchets, polished dies and multiple strikes to produce beautifully frosted details rising over mirror-like fields. Issued by Gibraltar, a British Overseas Territory located at the southern tip of Spain, these coins will make a delightful addition to any Harry Potter collection.

Founded by Rowena Ravenclaw, members of this House are very creative out-of-the-box thinkers and intensely intelligent almost to the point of being obnoxious about it. Besides their own common rooms and dormitories, each House at Hogwarts also has its own ghost. For Ravenclaw it’s Rowena Ravenclaw’s daughter Helena, known among students as the “Grey Lady.” Helena stole her mother’s diadem and ran away. She was tracked down by the Bloody Baron, who secretly loved her. Helena spurned the Baron’s love and in a fit of rage he stabbed her to death before killing himself with the same knife.

The maximum worldwide limited edition for the 2020 Gibraltar Third-Ounce Silver Harry Potter Hogwarts Ravenclaw House Proof has been set at just 10,000 — a mintage that seems far too small considering the millions of Potterheads around the world. Each coin will also come shipped in a collectible card that serves as both a protective display as well as a Certificate of Authenticity. Secure your Silver Ravenclaw Proof now before these coins disappear!

RAVENCLAW HOUSE AT HOGWARTS – This coin is one five proofs that depict crests of the fictional Hogwarts School of Witchcraft and its four Houses from the Harry Potter universe. It features the crest of Ravenclaw, perhaps the smartest house in the Harry Potter series.

LOW LIMITED EDITION – The worldwide limited edition for this silver proof has been set at just 10,000.