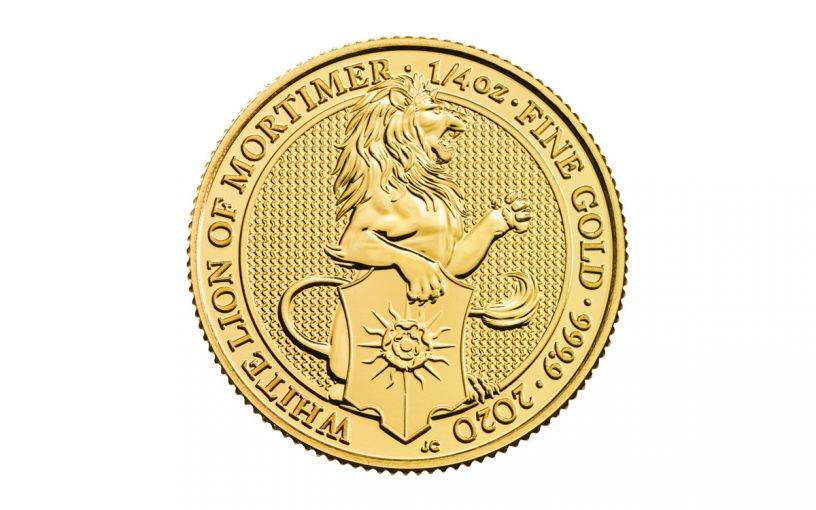 Availability: Available for Order
This item will ship 03/18/20
Item #
354503
Review this product
CC Payments as low as
$229.50 / month
Add to Wish List Add to Wish List Wishlist is for registered customers. Please login or create an account to continue. Add to Compare
Complete your collection with one of these:
Product Description

The seventh coin in the popular series, this White Lion of Mortimer coin bears a legal-tender denomination of £25 (twenty five pounds) and is struck in a quarter ounce of highly pure 99.99% fine gold. The symbolic coin depicts the creature standing on its hind legs behind a shield that displays a white rose encircled by a golden sun. known as a white rose en soleil, this is really a combination of two distinct badges – badges that appear on the Great Seals of both Edward IV and Richard III. It was also used by the future George VI, The Queen’s father, when he was known as Prince Albert the Duke of York. Unlike the Lion of England, the Mortimer lion has no crown and is often depicted with a blue tongue.