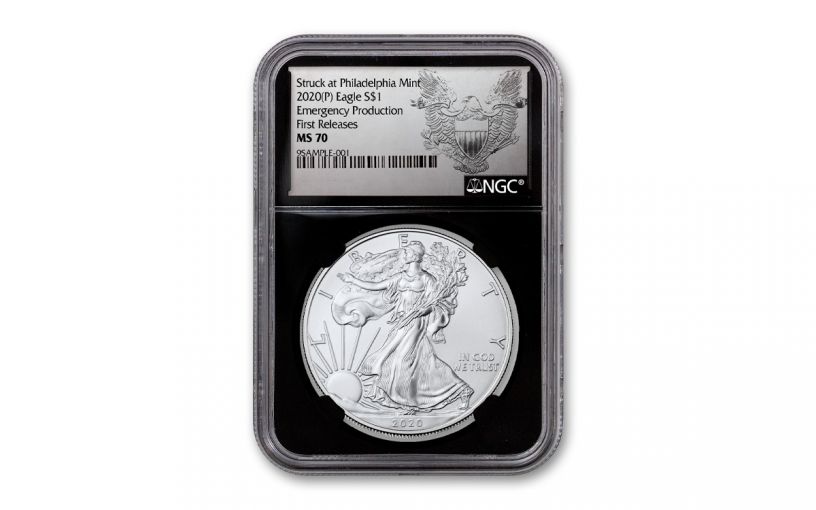 Availability: Out of Stock
This item is currently Out of Stock. Please sign up to be notified if this product becomes available.
Item #
363232

In addition, every bullion Silver Eagle available in this offer has been graded by NGC as being in flawless Mint State-70 (MS70) condition, a distinction that means these perfectly-graded coins will have ZERO imperfections — showing all features and fields exactly as the engraver and mint intended. Plus, NGC has certified that these Silver Eagles are First Releases (FR) coins, a designation that means they were received by NGC or an NGC-approved depository within the first 30 days of their release. Each will also come sonically sealed in an acrylic holder with a black display core and an exclusive Silhouette Eagle label.

SPECIAL EMERGENCY DESIGNATIONS – This coin will be sonically sealed in an acrylic holder with a black display core and an exclusive Silhouette Eagle label that identifies it as a “Struck at Philadelphia Mint” and “Emergency Production” issue.