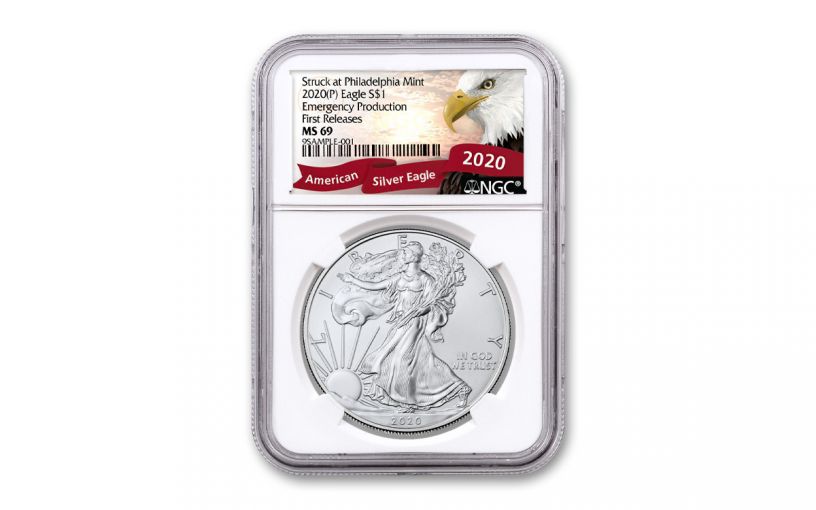 Availability: Out of Stock
This item is currently Out of Stock. Please sign up to be notified if this product becomes available.
Item #
363220

SPECIAL EMERGENCY DESIGNATIONS – This coin will be sonically sealed in an acrylic holder with an exclusive Eagle label that identifies it as a “Struck at Philadelphia Mint” and “Emergency Production” issue.