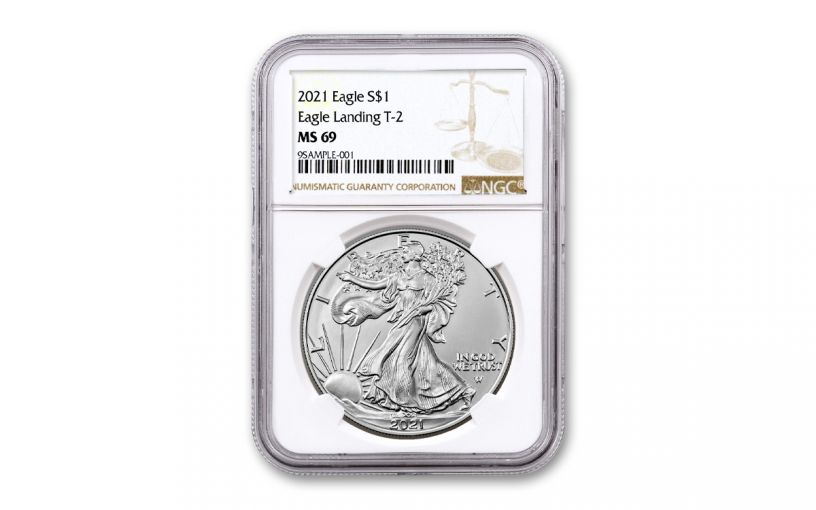 Each 2021 Type 2 Silver Eagle available in the offer has been graded by the Numismatic Guaranty Corporation (NGC) as being in near-perfect Mint State-69 (MS69) condition, a distinction that means these almost-flawless coins showcase impressive full strikes and indistinguishable imperfections — well above and beyond the quality of the vast majority of coins in the series. Each will also come sonically sealed in an acrylic holder with a brown NGC label.