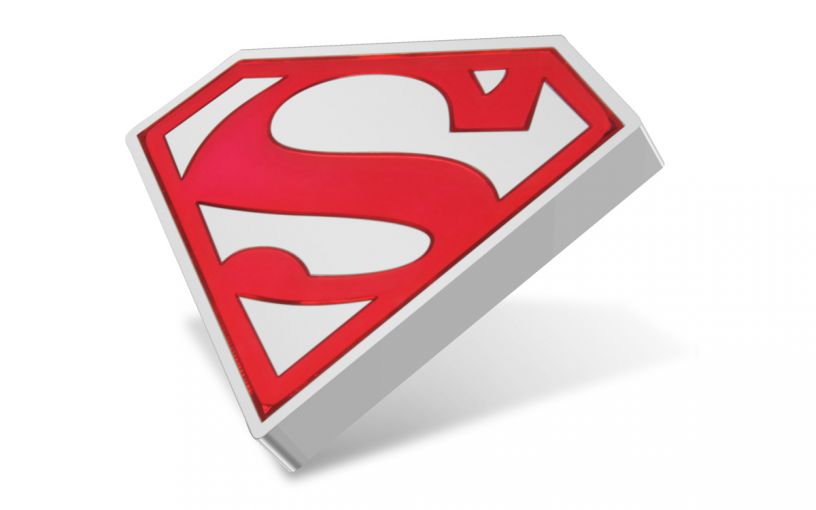 Availability: Out of Stock
This item is currently Out of Stock. Please sign up to be notified if this product becomes available.
Item #
409328
Add to Wish List Add to Wish List Wishlist is for registered customers. Please login or create an account to continue. Add to Compare
Recommended Products
Product Description

The Man of Steel’s Unmistakable Symbol

For more than 80 years, Superman™ has been patrolling the skies above Metropolis defending Earth from mad scientists, giant robots and invaders from space. Instantly recognizable for the large “S” shield emblazoned across his chest, The Man of Steel has been the world’s most popular superhero ever since he made his first appearance in the June 1938 premier issue of Action Comics. How popular is Superman? Just get a load of this: On April 6 of 2021, an issue of Action Comics #1 sold for a record $3.25 million. The comic book that literally started the superhero genre, only about 100 copies are known to exist in varying states of preservation.

You may never get a chance to see one of those groundbreaking comic books, let alone afford the near-prohibitive price tag. But you CAN own the Last Son of Krypton’s iconic symbol thanks to this incredible Superman Shield-Shaped coin! Struck by the prestigious New Zealand Mint in a full ounce of highly pure 99.9% fine silver, this coin replicates the famous “S” that fans across the globe have come to know and love. Plus, it has been colorized with red enamel so that the “S” stands out brilliantly to create a dazzling contrast with the shimmering glow of the silver.

These coins are $2 legal tender and were released on behalf of Niue, a small island nation in the South Pacific Ocean. Plus, each coin available here comes in gorgeous Gem Proof condition, meaning they were expertly crafted by the mint from hand-selected planchets, polished dies and multiple strikes to produce beautifully frosted details rising over mirror-like fields. Each will also come beautifully housed in its original mint packaging that consists of a quality coin display case and dramatic outer packaging and accompanied by a Certificate of Authenticity.

Just 5,000 of these 2021 Niue One-Ounce Silver Superman Shield Shaped Colorized Proof coins have been struck for worldwide release. With the popularity of Superman, these coins are sure to be gone faster than a speeding bullet. Don’t get left empty handed; secure yours now!