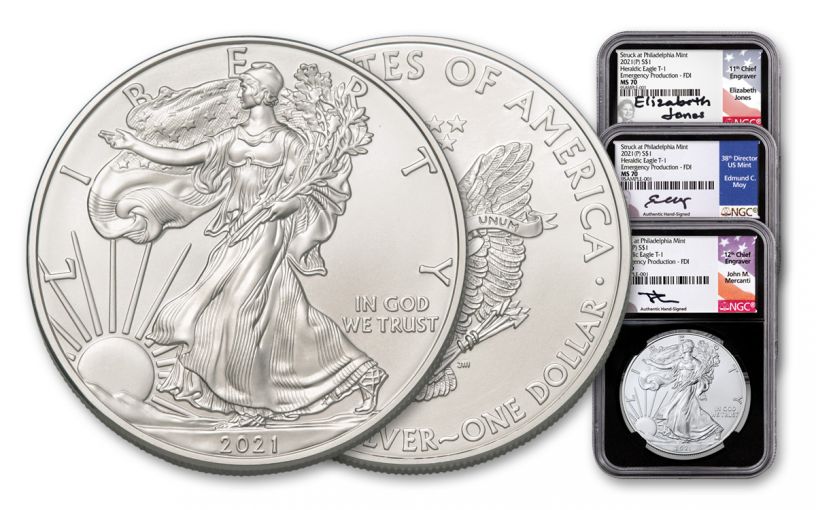 Availability: Call-In Only
This item is only available on a Call-In basis. Please call 1-800-510-6468 to speak to a representative.
Item #
408472
Add to Wish List Add to Wish List Wishlist is for registered customers. Please login or create an account to continue. Add to Compare

What makes this Silver Eagle opportunity even more spectacular is that we’ve assembled a three-piece set of match-graded Silver Eagles with one signed by John Mercanti, the 12th Chief Engraver at the U.S. Mint; one signed by Elizabeth Jones, the Mint’s 11th Chief Engraver; and one signed by Edmund Moy, the 38th Director of the U.S. Mint. Each coin will be sonically sealed in its own acrylic case that includes a unique black display core along with the exclusive labels signed by Mercanti, Jones and Moy. The Mercanti and Jones holders will include exclusive American Eagle labels and the Moy holder will have a blue NGC label.

Don’t miss your chance to get a three-piece set of exclusively signed limited-edition Emergency Production Silver Eagles Struck at the Philadelphia Mint. It’s a one-of-a-kind opportunity to secure low-mintage, key-date Silver Eagles from a historic moment in time.