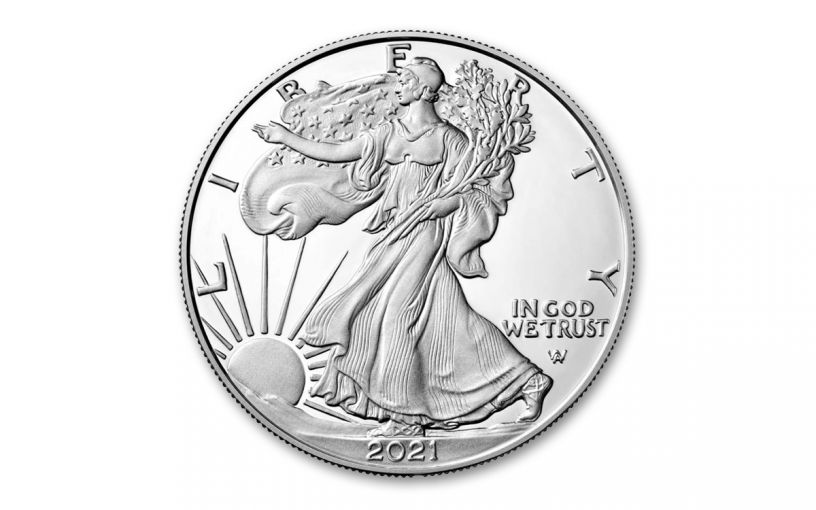 Availability: In Stock
This item will ship within 2 business days.
Item #
411018
Add to Wish List Add to Wish List Wishlist is for registered customers. Please login or create an account to continue. Add to Compare
Recommended Products
Product Description

No matter why you love collecting American Silver Eagles or how you’ve come to appreciate them, we have the 2020 Type 2 Silver Eagles that are right and ready for your collection. Whether you love them for their art or for their metal (or both!) we have a special offering of this classic beauty struck at the U.S. Mint’s branch mint at West Point. Each comes in gorgeous Gem Proof condition, meaning that they were expertly crafted by the mint from hand-selected planchets, polished dies and multiple strikes to produce beautifully frosted details rising over mirror-like fields. Each will also ship in its original government packaging from the Mint!

Silver Eagles like these are perennial favorites, usually flying out of our vaults as soon as they arrive! Whether you're new to the series, a diehard collector or a silver stacker looking to add to your reserve, this is your chance to secure one — or several — of these 2021-W Type 2 Silver Eagles in gorgeous Gem Proof condition for your very own. Don’t wait; order yours today!