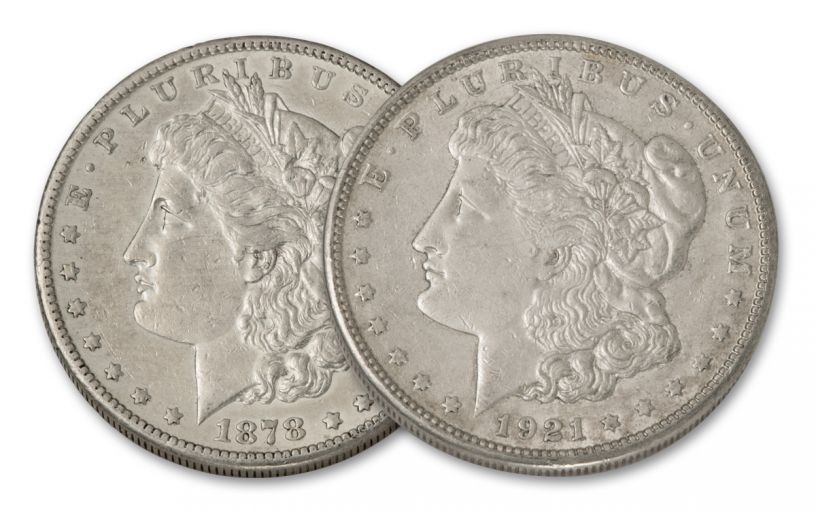 Availability: In Stock
This item will ship within 2 business days.
Item #
366876
Add to Wish List Add to Wish List Wishlist is for registered customers. Please login or create an account to continue. Add to Compare

The Morgan Silver Dollar may be the most coveted and collected U.S. vintage coin ever struck. From 1878 to 1904 it circulated its way across the nation, from the booming metropolises of the East Coast to the wild western American Frontier. The Morgan was also struck at mints across the nation, but no mint is as renowned for its sharp Morgan strikes and gleaming luster as the San Francisco Mint. This two-coin set puts together a first-year 1878 Morgan and a last-year 1921 Morgan, both struck at the San Francisco Mint. Each coin comes in Extremely Fine to About Uncirculated (XF–AU) condition. Secure this “First and Last” set today!

Don’t miss your chance to secure a two-piece set of Morgan Silver Dollars from the first and last years that the popular coin was issued! Order yours now!