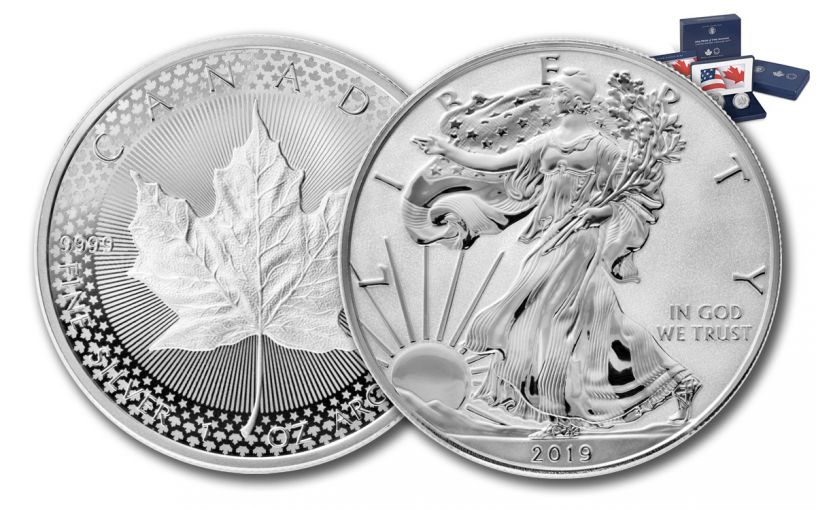 Availability: Out of Stock
This item is currently Out of Stock. Please sign up to be notified if this product becomes available.
Item #
351752
Add to Wish List Add to Wish List Wishlist is for registered customers. Please login or create an account to continue. Add to Compare

Each 2019-dated release is a legal-tender coin – the $1 American Silver Eagle was struck at the West Point Mint in a full ounce of 99.9% fine silver while the $5 Maple Leaf was struck at the Royal Canadian Mint in a full ounce of highly pure 99.99% silver. The familiar designs are relatively unchanged, but the finishes are entirely new and unique in what is being called the “Pride of Two Nations” two-piece set:

Just 110,000 of each coin has been struck with 10,000 two-piece collections set aside for the Royal Canadian Mint and the U.S. Mint releasing the remaining 100,000 two-piece sets! Now you can secure the United States limited release set complete with a display box from the U.S. Mint. You must act fast, however, because collectors love first-ever releases with low edition limits. Reserve your special U.S. Mint pedigreed set now!