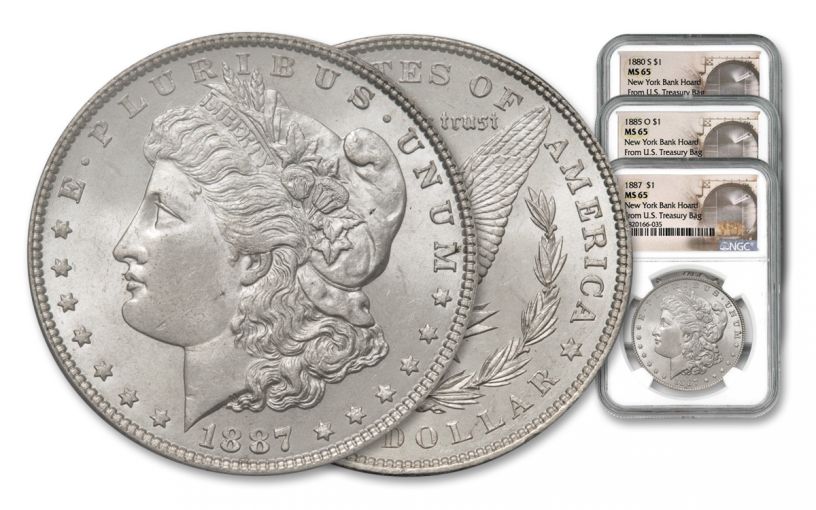 Availability: Out of Stock
This item is currently Out of Stock. Please sign up to be notified if this product becomes available.
Item #
340898
Add to Wish List Add to Wish List Wishlist is for registered customers. Please login or create an account to continue. Add to Compare

Now you can own a portion of this incredible New York Bank Hoard with this incredible three-piece set of 1880-1887-dated Morgan Silver Dollar. The set includes three different year dates and at one coin each from the Philadelphia Mint, the New Orleans Mint and the San Francisco Mint. The coins in your set are: 1880-S, 1885-O, 1886-P, 1887-P.

Not only has each coin been graded by the Numismatic Guaranty Corporation (NGC) as being in gleaming Mint State-65 (MS65) condition, but NGC has also sealed them in individual protective coin capsules and added a special pedigree to the labels certifying that the coins hail from the famous New York Bank Hoard of U.S. Treasury Hoard Morgan Silver Dollars!