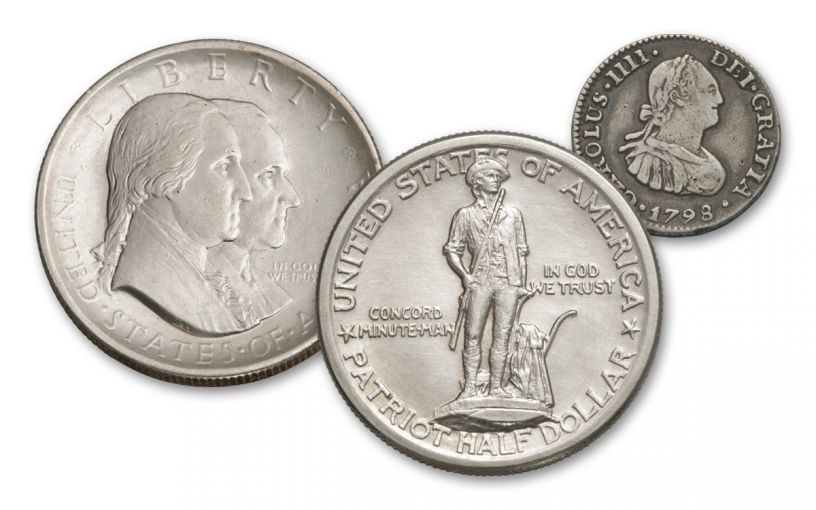 Availability: Available for Order
This item will ship 05/24/21
Item #
362886
CC Payments as low as
$149.50 / month
Add to Wish List Add to Wish List Wishlist is for registered customers. Please login or create an account to continue. Add to Compare

Here we’ve brought together the only two commemorative silver half dollars ever struck to honor the Revolutionary War — the 1925 Lexington-Concord Sesquicentennial Half Dollar and the 1926 Sesquicentennial of American Independence Half Dollar. The former is one of the most coveted U.S. vintage half dollars for its design honoring the legendary Minutemen. The latter honors the 150th anniversary of the signing of the Declaration of Independence.

Both of these fabulous coins are absolute must-haves for collectors, history buffs and patriotic Americans. Plus, both come housed together in About Uncirculated (AU) condition along with a special 1772–1825 Spanish Portrait Half Real, which was the half-dollar coin of the American Revolution and was accepted as legal tender in the United States until 1857! Half Real dates vary.