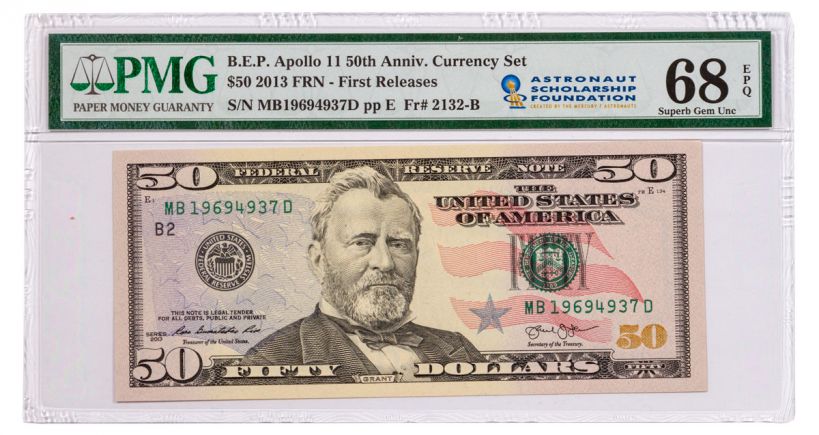 Availability: Out of Stock
This item is currently Out of Stock. Please sign up to be notified if this product becomes available.
Item #
353998
Add to Wish List Add to Wish List Wishlist is for registered customers. Please login or create an account to continue. Add to Compare

Your 2019 $50 Apollo 11 50th Anniversary Currency Set is among the highest graded sets available. In fact, Paper Money Guaranty (PMG) has assigned your set a near-perfect grade of Superb Gem Uncirculated 68, which is nearly indistinguishable from a 70. What’s more, PMG has certified that your set is a First Release (FR) set, meaning that it was received by PMG or a PMG-approved depository within 30 days of the first release of a new paper money issue. It will come with a special Astronaut Scholarship Foundation (ASF) label.