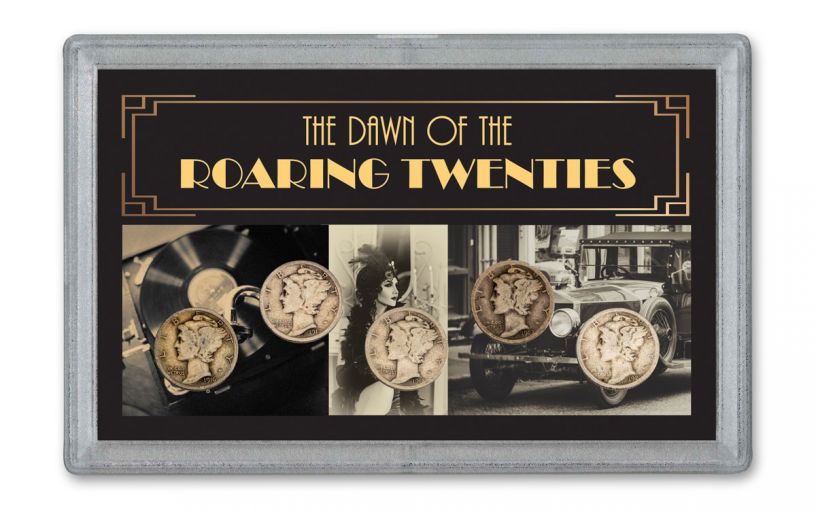 Availability: In Stock
This item will ship within 2 business days.
Item #
360806
Add to Wish List Add to Wish List Wishlist is for registered customers. Please login or create an account to continue. Add to Compare

One of the most classic American coin designs is the Mercury Dime. Struck from 1916 to 1945, it replaced the stodgy Barber Dime and circulated alongside other classics like the Standing Liberty and Walking Liberty. Its name comes from a misconception — while the design created by sculptor Adolph Weinman actually shows Liberty wearing a winged cap, the image was immediately mistaken for that of the Roman god of trade, profit and commerce. Weinman’s design proved to be so popular and iconic, however, that it was resurrected in 2017 for the American Palladium Eagle coin.

This set brings together the first five years of the Mercury Dime struck at the San Francisco Mint — a mint which struck just 16% of the total mintage for these coins! Each coin in this 1916–1920-S Mercury Dime First Five Set will come in Very Good to Fine (VG–F) condition and the entire set will come housed in an 3" x 5" custom display card protected by a clear rectangular case.

The Mercury Dime is one of the most iconic coins in the history of the United States. This is your opportunity to grab the first five years of this magnificent coin struck by one of America’s most magnificent mints. Secure your 1916–1920-S Mercury Dime First Five Set today!