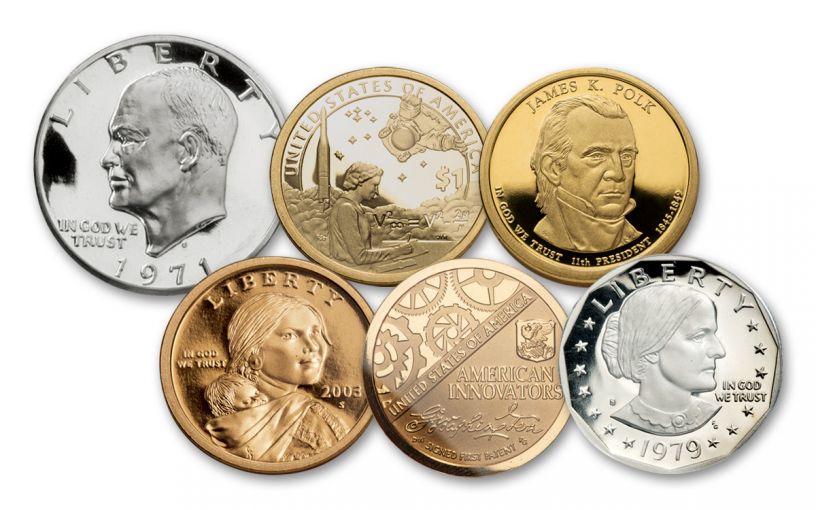 Availability: In Stock
This item will ship within 2 business days.
Item #
408034
Add to Wish List Add to Wish List Wishlist is for registered customers. Please login or create an account to continue. Add to Compare

During the past 50 years, the United States Mint has released six different dollar designs. Not only does this set brings together all six of those types, but each coin comes in gorgeous Proof condition with stunning mirrored finishes. These coins feature some the most iconic and creative designs in American coin history:

This is a fantastic set for anyone wanting to see the history of the United States dollar coin, and a great gift for introducing new collectors to the world of numismatics. Each set comes beautifully housed in a deluxe presentation case and accompanied by a Certificate of Authenticity. Order yours now! Designs and dates will vary.