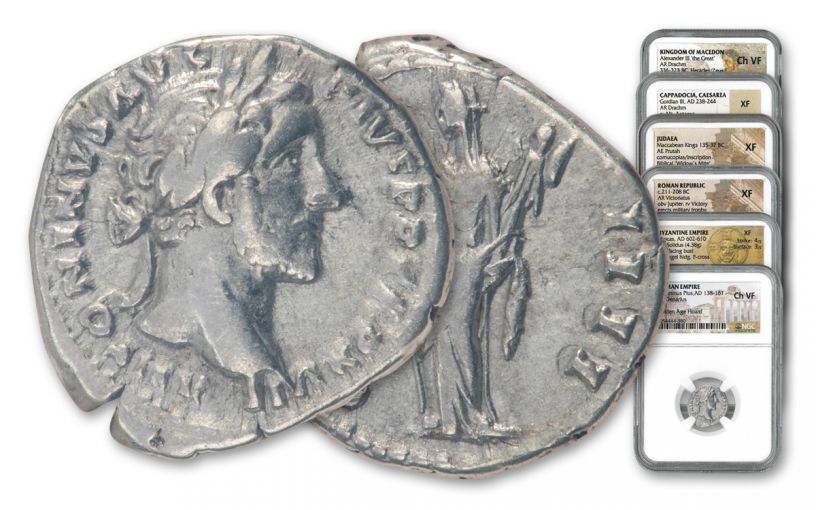 Availability: Call-In Only
This item is only available on a Call-In basis. Please call 1-800-510-6468 to speak to a representative.
Item #
350887
Add to Wish List Add to Wish List Wishlist is for registered customers. Please login or create an account to continue. Add to Compare

Each coin has been professionally authenticated, graded and encapsulated by the Numismatic Guaranty Corporation (NGC) as being in Choice Very Fine (CH VF) or better condition. Plus, your set will come beautifully displayed in a handsome wooden display case along with a booklet published by NGC that showcases the era in which these coins were struck. You will also receive two hardcover books on ancient Greek and Roman coins: Ancient Coin Collecting: The Greek World and Ancient Coin Collecting: The Roman World both hand-signed by famed author Wayne Sayles.