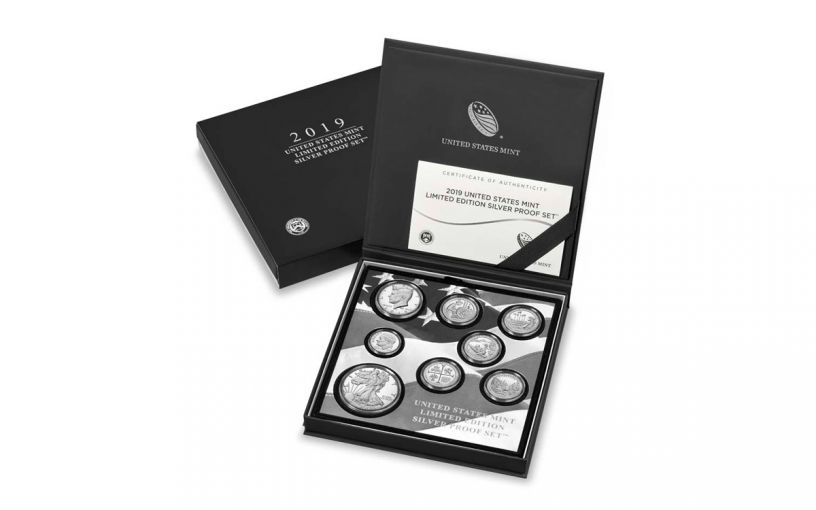 Availability: Out of Stock
This item is currently Out of Stock. Please sign up to be notified if this product becomes available.
Item #
355074
Add to Wish List Add to Wish List Wishlist is for registered customers. Please login or create an account to continue. Add to Compare

In addition, since each set is struck in proof condition at the San Francisco Mint using specially polished dies and selected planchets, all your proofs will feature the "S" mintmark. The entire set will come beautifully displayed in its original government packaging – a gorgeous custom presentation case from the Mint that features an American flag-themed insert to hold the coins.

These silver coins represent the best America has to offer, and with just 50,000 available from the Mint, they will not last long. Add one set or several to your cart today!

All silver all the time; secure the United States Mint Limited Edition 2019 Silver Proof Set. Get all five 2019 quarters, the half-dollar, dime AND this year’s Siler Eagle with the “S” mint mark – all in official government packaging! Order yours now!