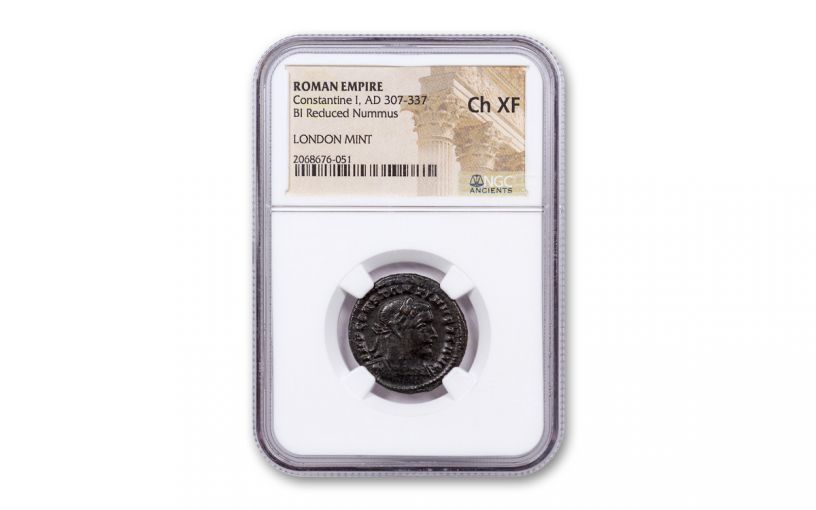 Availability: Out of Stock
This item is currently Out of Stock. Please sign up to be notified if this product becomes available.
Item #
346351
Add to Wish List Add to Wish List Wishlist is for registered customers. Please login or create an account to continue. Add to Compare

Struck between AD 307 and 337, these bronze Nummus coins of Constantine the Great were created at the ancient Londinium Mint. Centuries later, this town would become known as London, but at the time it was an important center of Roman culture that lasted until the early 400s, at which time records become murky. Just as with modern coins, these ancient pieces feature a mint mark to denote their mint of origin. Not only are they fascinating pieces in their own right, but they represent just how far and powerful the Roman Empire had become. You can secure this important piece of history certified by the Numismatic Guaranty Corporation (NGC) as being in Choice Extremely Fine (Ch XF) condition.

Although there are many coins of the Constantine dynasty, most are in very poor condition. The coins in this offer have been hand-selected to be in very high grade quality – worthy additions to any collection of historic and significant pieces. Don’t wait; add one of these truly great coins to your cart today!