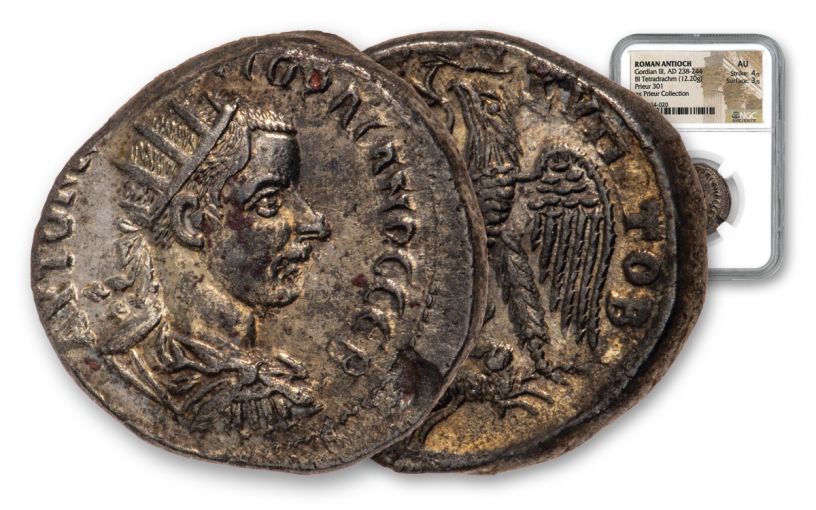 Availability: In Stock
This item will ship within 2 business days.
Item #
348349
CC Payments as low as
$263.00 / month
Add to Wish List Add to Wish List Wishlist is for registered customers. Please login or create an account to continue. Add to Compare

Imagine your life at the age of 13. You’d just be entering puberty and speaking in longer, more complex sentences. Your voice will start to crack, your skin will start getting oily, and acne may appear on your face. Now imagine if at this moment in your young life you suddenly discovered that you were the most powerful person on earth. Entire armies would move at your command and laws would be enacted at your whim. Such was the life of Roman Emperor Gordian III, who at the age of 13 became the youngest sole legal Roman emperor in the entire existence of the empire.

Unfortunately for Gordian, his reign lasted only six years before his was assassinated. Anything he might have accomplished as an adult became nothing more than the fleeting dreams of boyhood. While six years may not seem like a long time, it was time enough for Gordian to strike these wonderful Silver Billon (BI) Tetradrachms. While Gordian may be long gone, these ancient coins issued during his reign from AD 238-244 have survived for nearly 1,800 years!

Many coin experts agree that this Silver BI Tetradrachm is one of the most significant coins of that era. It circulated heavily throughout the Roman Empire and was used in all forms of payment from shopping in the market to paying soldiers in the service of Rome. Finding one of these coins in nice condition is next to impossible, but fortunately for you we’ve secured one from the famous Michael Prieur Collection. Prieur (1955-2014) was the unchallenged world expert on Roman Provincial coinage and his vast collection may be the most famous Roman coin collection of the millennium!

Each Silver BI Tetradrachm available in this offer has been certified and graded by the Numismatic Guaranty Corporation (NGC) as being in About Uncirculated Fine (AU) condition and comes pedigreed as having once been a part of the Prieur Collection! Commemorate a fascinating time and place from the Roman Empire by adding one of these magnificent ancient coins to your collection today!