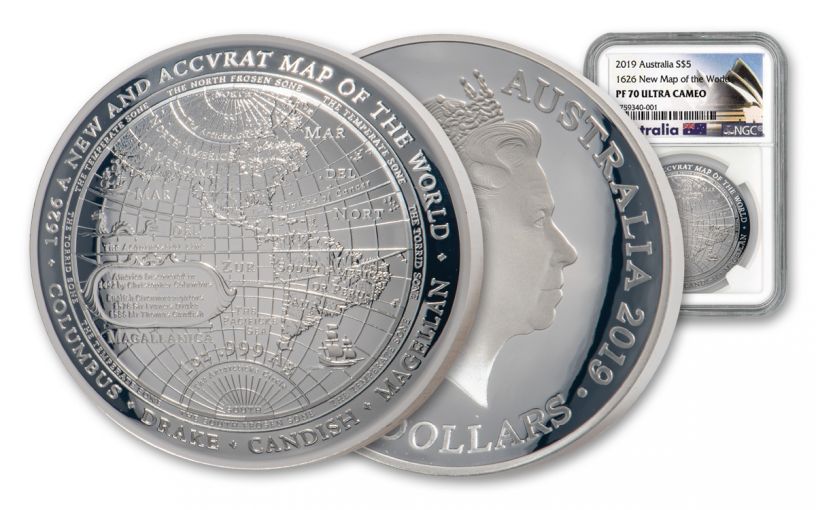 Availability: Out of Stock
This item is currently Out of Stock. Please sign up to be notified if this product becomes available.
Item #
352685
Add to Wish List Add to Wish List Wishlist is for registered customers. Please login or create an account to continue. Add to Compare

The Age of Discovery from the 15th Century until the Middle of the 17th Century marked an important period in world history. It was an exciting era in which European explorers traveled across the globe in search of new lands and treasures that enriched their purses and helped spawn colonial empires. Whether they were ruthless invaders or heroic pioneers, all helped begin the process of globalization and transformed geography into the science we know today.

Of course, these explorers were aided in their expeditions by maps – and perhaps the most famous mapmaker of all time was John Speed, a well-to-do English cartographer with connections in high places. The intricately decorated and ornate designs on Speed’s maps were so beautiful and popular that they continued to be the basis for world maps well into the mid-1700s more than a century after his death! In fact, Speed’s most famous work, A New and Accurate Map of the World published in an atlas in 1626, was often removed from the atlas and displayed as a piece of art. It is this piece of important world history that serves as the basis of a new domed-shaped coin from the prestigious Royal Australian Mint.

Struck in a full ounce of highly pure 99.9% silver, this legal-tender $5 coin features a convex design that bows up from the surface to reveal a rendition of Speed’s famous 1626 work in incredible detail. It’s a brilliant depiction of the Western Hemisphere based on his historic 17th century map. What’s more, this unique coin has been graded by the Numismatic Guaranty Corporation (NGC) as being in flawless Proof-70 Ultra Cameo (PF70UC) condition, a distinction that means your perfectly-graded proof will have ZERO imperfections – showing all features and fields exactly as the engraver and mint intended.

Based on the travels of such famous navigators as Christopher Columbus, Sir Francis Drake and Ferdinand Magellan, Speed’s maps combined real-world geography with artistic license to produce pieces of sublime beauty. Even today, prints of his maps are proudly displayed in homes and offices around the world, and sell for hundreds of thousands of dollars in rare art and map auctions. Now you can own a silver piece that is as coveted by connoisseurs of fine art as it is by collectors of unique and interesting coins. The original print of the map used as the basis for this coin is currently held in the National Library of Australia.

Just 5,000 of these 2019 Australia One-Ounce Silver 1626 Map of the World Domed Proof coins will be struck and each will come beautifully displayed in a custom presentation case with a numbered certificate of authenticity. Set sail on your own adventure and order this fascinating coin for your collection today!

Chart your course to the exciting Age of Discovery with the 2019 One-Ounce Silver 1626 Map of the World Domed Proof. Click one to your cart and see where this map leads you!