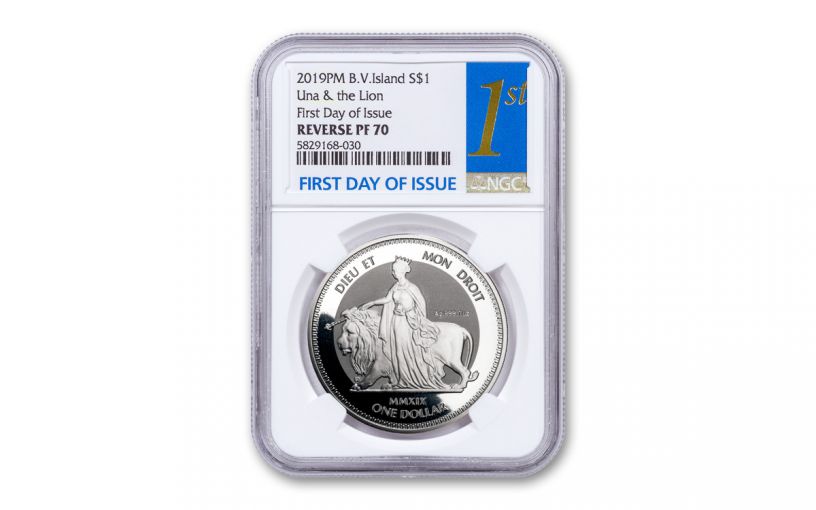 Availability: Out of Stock
This item is currently Out of Stock. Please sign up to be notified if this product becomes available.
Item #
358698
Add to Wish List Add to Wish List Wishlist is for registered customers. Please login or create an account to continue. Add to Compare
Product Description

In 1837, a young girl barely 18 years old was crowned the queen of Great Britain. Her name was Victoria and the petite teenager would go on to reign for more than 63 years – a reign exceeded only by today’s current monarch, her great-great-granddaughter Queen Elizabeth II. To pay tribute to Victoria’s coronation, William Wyon, the Royal Mint’s official chief engraver at that time, designed a £5 gold coin depicting the young monarch. Issued in 1839, the coin was so beautiful that it has since been hailed as one of the most beautiful British coins ever struck.

Now that same design is once again making waves in the numismatic world as the sixth issue in the famed British Pobjoy Mint’s popular Reverse Proof Series. Struck in one ounce of highly-pure 99.9% silver, the legal-tender coin features the same design that appeared on the original coin. It depicts Victoria as Princess Una from Edmund Spenser’s poem The Faerie Queen, a story which recounts the adventures of Princes Una after she was rescued by Saint George from the clutches of an evil dragon. The design represented the first time a British monarch had ever been depicted as a fictional character on a coin!

The design shows “Una & the Lion,” a scene from the poem in which a ravenous lion is so overcome by the beauty of the princess that instead of devouring her, becomes her loyal servant and watches over her day and night. The design shows Queen Victoria as Princess Una walking to the left of a lion. The French phrase “DIEU ET MON DROIT” meaning God On My Right – the motto of the British Monarchy – is above the image while underneath are the Roman numerals MMXIX (2019).

Struck as a reverse proof with frosted fields and mirrored raised devices, this $1 silver coin is a truly fitting addition to Pobjoy’s Reverse Proof Series. In fact, your 2019 Una & Lion One-Ounce Silver Reverse Proof has been graded by the Numismatic Guaranty Corporation (NGC) as being in flawless Proof-70 Ultra Cameo (PF70UC) condition, a distinction that means your perfectly-graded proof will have ZERO imperfections – showing all features and fields exactly as the engraver and mint intended. In addition, NGC has certified your proof to be a First Day of Issue (FDI) coin, meaning it was received by NGC or an NGC-approved depository by the release date or on the business day within 24 hours of the official release date.

Just 50,000 of these superb coins will ever be struck, however, and with 2019 being the milestone 200th anniversary of Queen Victoria’s birth, you can bet demand for Victoria-related coins and collectibles will be in high demand! Click one to your cart today!