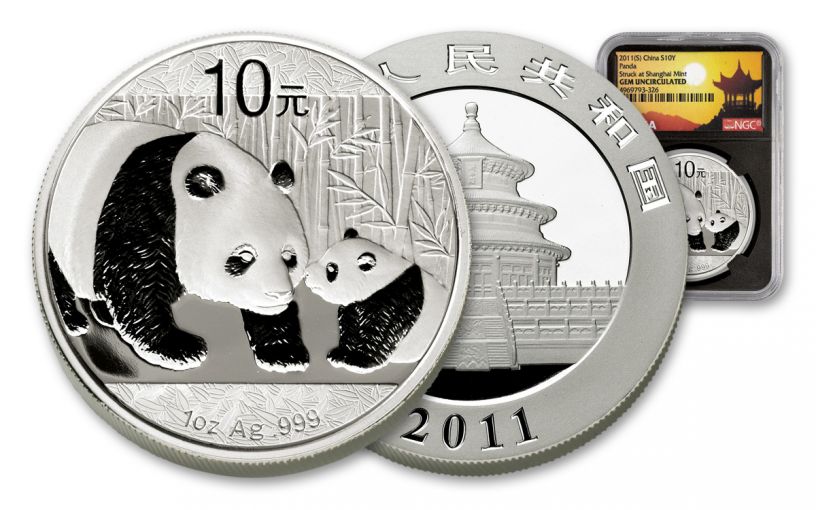 Availability: In Stock
This item will ship within 2 business days.
Item #
352096
Add to Wish List Add to Wish List Wishlist is for registered customers. Please login or create an account to continue. Add to Compare

The Most Exclusive Mint-Identified Pandas

First released in 1983, China’s Silver Panda series has grown into one of the most collected and hotly anticipated annual issues in the world. However, collectors have questioned why the China Mint hasn’t used mint marks to identify each coin’s mint of origin. Why not allow the Shenzhen, Shenyang and Shanghai Mints to add their own mint marks to Silver Pandas?

The China Mint may have not divulged where each coin comes from, but we have! You read that right; we’ve finally found a solution, and to our knowledge we’re the only ones that have figured it out! The result is breathtaking – and right now, you can secure the most exclusive mint-identified Panda in the world!

What we found in this case was an original “Monster Box” of 600, mint-fresh One-Ounce Silver Pandas struck and sealed in 2011. These coins have literally sat untouched for the last eight years, never brought to market. We turned them over the experts at the Numismatic Guaranty Corporation (NGC) where they identified these particular coins as coming ONLY from the Shanghai Mint, allowing them to identify the mint of origin on each label. Of the six million One-Ounce Silver Panda coins struck by the China Mint in 2011, just 17% were struck in Shanghai. Of that 17%, just 600 coins bear this label!

Not only does every coin in the offering bear a label identifying its respective mint of origin, but each coin also comes graded by NGC as being in Gem Uncirculated condition, a distinction that means that each coin is the product of a superb strike that places it firmly among the elite of the run.

Secure these most exclusive mint-identified Pandas now certified by NGC as Gem Brilliant condition. But hurry, once these coins are gone, they’ll be gone for good!

Don’t miss out on this chance to either continue your China Panda collection or to start a brand-new chapter. Selections from the series tend to sell out quickly, so don't wait too long – add this mint-identified 2011 China One-Ounce Silver Panda to your cart today!