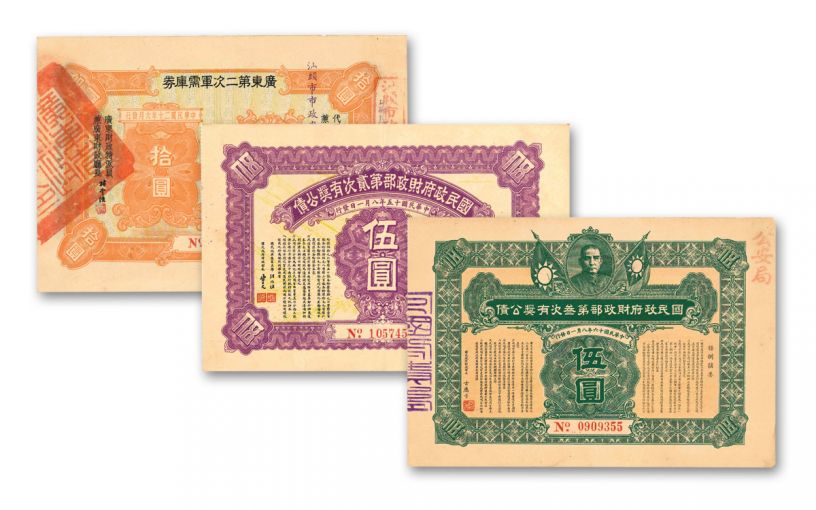 Availability: In Stock
This item will ship within 2 business days.
Item #
355345
Add to Wish List Add to Wish List Wishlist is for registered customers. Please login or create an account to continue. Add to Compare

Could these colorful paper bonds hold the key to complete victory for President Donald Trump and the United Sates in the nation’s trade war with China? It’s theoretically possible.

That’s because these bonds issued by the Republic of China between 1926 and 1937, represent part of what economists say is at least $750 billion worth of unpaid bonds issued by the Chinese government and purchased by Americans in the decades before Mao Zedong’s Communist Revolution seized power in 1949. Since international law generally holds that bonds issued by one government should be honored by a succeeding government, that means China’s current government is technically on the hook for nearly a trillion dollars!

And there is precedent for repayment: In the late 1980s, the British government led by former Prime Minister Margaret Thatcher convinced the current Chinese government to pay holders of a variety of pre-Communist Chinese bonds in Britain the equivalent of about $28.3 million at today’s exchange rate.

Our supply of these colorful bonds is limited, so hurry and secure your three-piece collection today. And who knows… maybe someday China will fork over what it owes on these notes and you’ll never have to worry about paying for Chinese take-out ever again!