July 20, 2019 marks the 50th anniversary of the famous day in 1969 when Apollo 11 astronaut Neil Armstrong stepped on to the surface of the moon, achieving a goal that had been dreamed about for centuries by astronomers and scientists.  This event has continued to capture the imagination of the world ever since.

The moon landing and what Armstrong and fellow astronauts Buzz Aldrin and Michael Collins learned about the moon while they were there forever changed the course of history and the evolution of science. It led to all kinds of discoveries, the development of new industries and to the amazing progress in space exploration that has taken place since then, whose next phases are expected to involve a mission to the red planet Mars and a possible return to the moon. 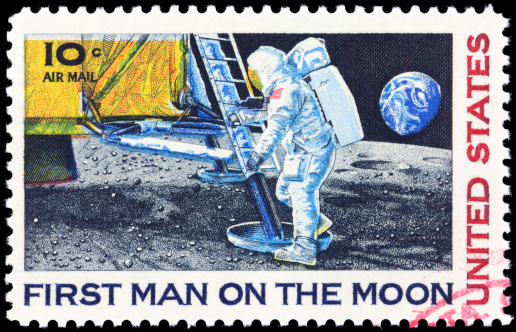 The Apollo 11 mission is understandably typically portrayed as the culmination of the space race between the U.S. and U.S.S.R. that began the previous decade and as perhaps the greatest triumph of American technological and scientific endeavor that involved contributions from 400,000 Americans.  While all that is true, the achievement was also made possible by both indirect and some direct contributions by other countries.

It is worth remembering that it was Italian astronomer Galileo Galilei who discovered during the 17th century that the moon had mountains, pits and other features like the earth, not a smooth sphere as was widely believed at the time. Other astronomers and scientists also made countless contributions over centuries that helped make the moon landing possible.

British scientists played a key role in the mission. At the time NASA was created in 1958 the UK had the most experts in rocketry and related programs after the U.S. Former President Richard Nixon, who was in office during the event, once said it would not have been possible without the amazing work of British engineer Francis Thomas Bacon.

Australia also played a critical role. Its radio tracking station CSIRO (the Commonwealth Scientific and Industrial Research Organization, an independent Australian federal government agency for scientific research) Parkes facility provided the first television signals that allowed 600 million people to watch as Armstrong and Aldrin walked on the moon. As John Sarkissian of the CSIRO Parkes station noted: “Australia and CSIRO are world-leaders in radio astronomy and antenna design. Therefore NASA came to Australia and the CSIRO Parkes telescope, for our support and geographic location.  It’s also the reason why we continue to play a role in NASA space missions.” 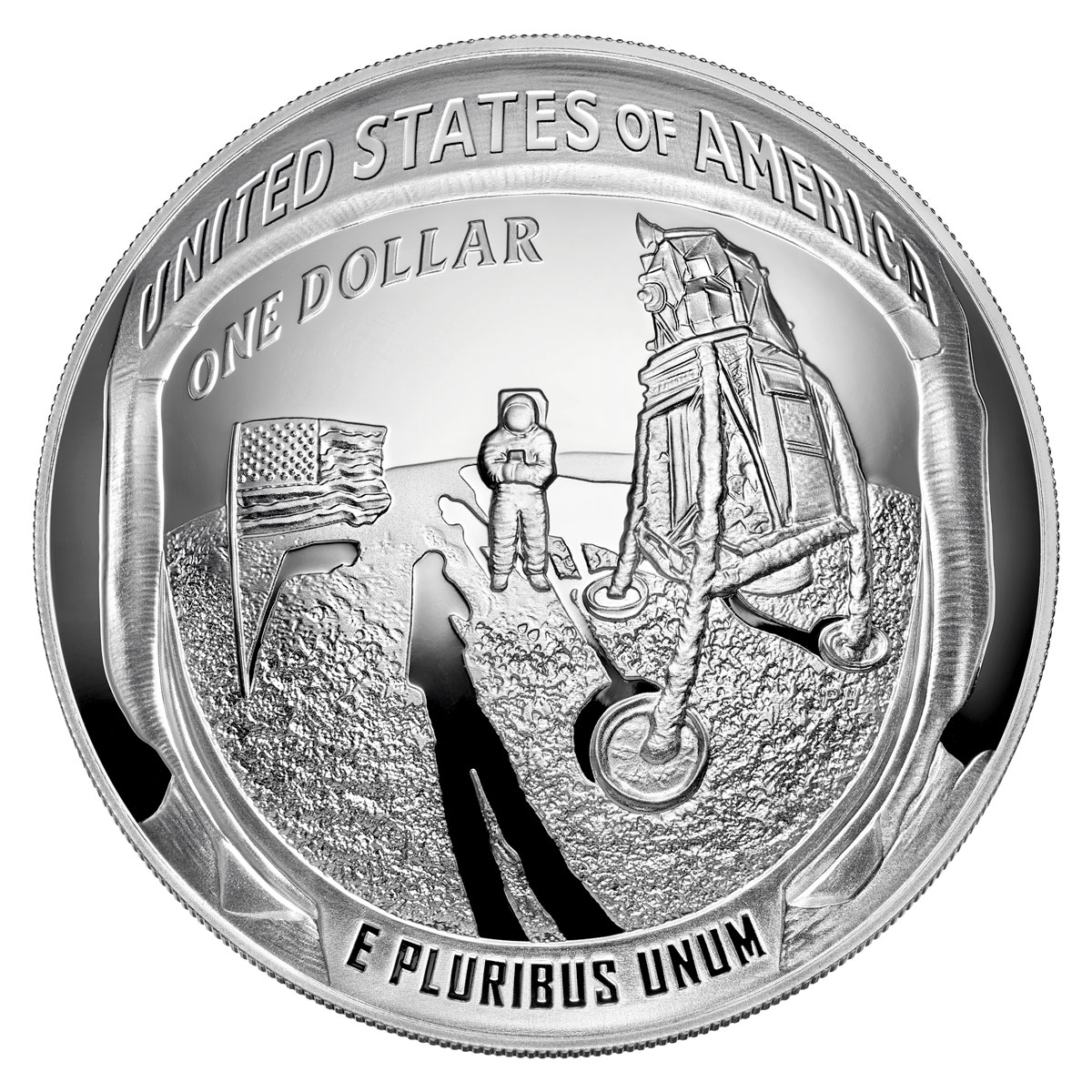 To celebrate this amazing achievement of science and humanity that combined the efforts of the U.S. and other countries a diverse selection of collector coins has been issued.

In January the U.S. Mint launched its own Apollo 11 50th anniversary commemorative coin program, which includes seven dome-shaped coins – only the second U.S. coins ever struck with a concave/convex shape.  These include a clad half dollar, silver dollar and $5 gold coin – each issued in both uncirculated and proof finishes and a 5 oz. silver proof coin – the first U.S. coin of that size struck in proof and with a reeded edge, and the only domed coin of that size ever made by the U.S. Mint. These issues are available both ungraded and graded by NGC with a variety of labels.

Each coin features an obverse that depicts a large image of the boot print of Armstrong as he stepped on to the moon designed by artist Gary Cooper, while the reverse carries an image of the visor of Buzz Aldrin’s helmet with the lunar module and Armstrong in the reflection. This is based on a famous photograph taken on the moon by Aldrin. In addition, we have special Robbins medals that went to space with the Apollo 11 crew and are available in copper, silver, silver-plated and gold in a variety of sizes both ungraded and graded by NGC. Some of the silver versions include alloy that went to space on an Apollo mission, which has been applied to the surface.

In 1969 the Robbins company was asked by NASA to produce medals with the Apollo mission patch on their obverse designed by lunar module commander Michael Collins and the astronaut’s names and dates of the mission on the reverse that would fly along with them into space. Using the original dies of the 1969 medals provided by Armstrong’s younger son, Mark, the Sunshine Minting company produced these stunning reproductions of the medals. 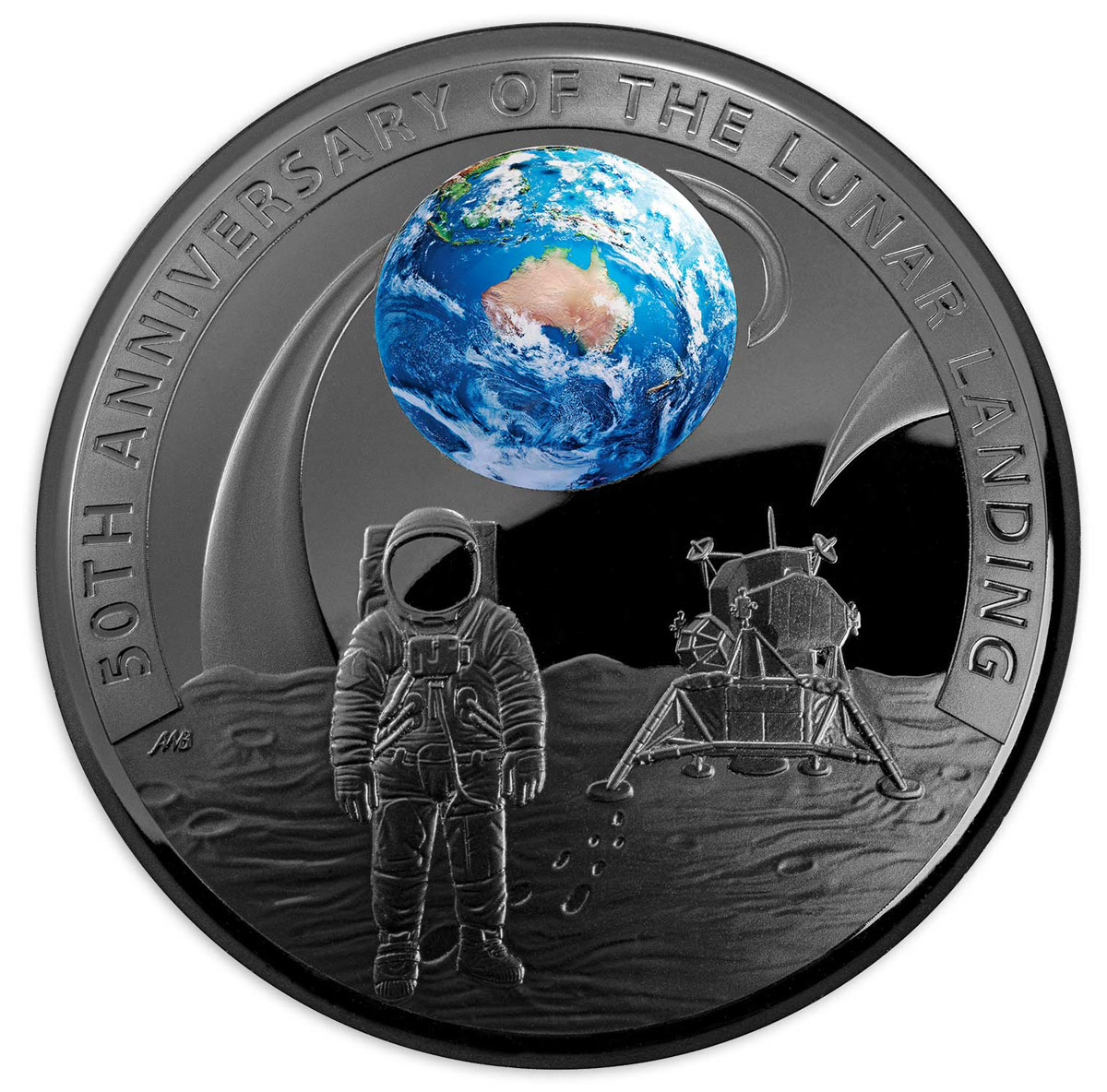 Given the important role Australia played in the Apollo mission, which included not only providing critical transmission of the mission to the world but extended to scientific cooperation between the U.S. and Australia for many decades, it is only fitting that both the Perth Mint and Royal Australian Mint issued coins for the event.

Perth has released silver and gold coins struck in uncirculated and proof formats that are available in several sizes. These include 1 oz silver BU and proof coins and 1 oz gold BU coin -- each with limited mintages (50,000 for the silver BU, 7,500 for the silver proof and 15,000 for the gold BU) and featuring the same design showing the famous lunar boot print and the lunar module known as the Eagle on the moon.

The Royal Australian Mint partnered with the U.S. Mint in an historical collaboration to produce a very special set that includes the U.S. clad proof Apollo 11 half dollar along with a 1 oz proof RAM dome-shaped coin only available in the set, which has a mintage of 10,000.

The latter coin features on its obverse the famous CSIRO Parkes radio telescope pointed towards the Moon, from which it is receiving television signals of the Apollo 11 lunar landing. The text in the background is an excerpt from the transcript of Commander Neil Armstrong’s journal of the lunar landing.  A small effigy of Queen Elizabeth II is set into a circle at the base of the design. The reverse depicts an Apollo 11 astronaut standing on the surface of the Moon, with the lunar module Eagle in the background.  The Earth, visible in color, in the sky behind the astronaut, shows Australia directly facing the Moon.  A representation of the long journey taken by the Apollo 11 crew from Earth to the Moon is traced in the sky.

A colorized, nickel-plated version of the RAM coin -- the world’s first nickel-plated domed coin -- was also issued and has a mintage of 10,000 coins. A truly innovative coin marking the golden anniversary of the Apollo mission was issued by Barbados.  It is a 1 oz .999 silver BU coin with a spherical shape and an antique silver finish covering the entire surface that shows the cratered moon along with a deeply struck boot print and the official seal of Barbados.  1,969 of these coins were made in a tribute to the year of the mission, and the coin comes with its own clear display frame.

The Swiss Mint also issued its own coin for the event – one that focuses on the role the small Alpine nation played in the scientific aspects of the Apollo 11 mission. A .835 fine silver coin that weighs 20 grams with a 20 Swiss francs denomination struck in proof will be available. It depicts one of the Apollo astronauts conducting the only non-American experiment of the mission as he holds a solar wind sail. Developed by a Swiss physicist, this experiment was intended to determine if the solar wind that was believed to be present on the moon really existed. The sail was made of coated aluminum foil and oriented toward the sun. After the mission, the foil was analyzed, and it did find evidence of solar wind. This experiment was later repeated on all further Apollo missions except the final fine, Apollo 17 and the aborted Apollo 13 mission.

These coins help tell the story of the Apollo 11 mission and why it was so important. They are a great way to pay tribute to one of the key events in our shared history.