The Future of Generic Gold Coins 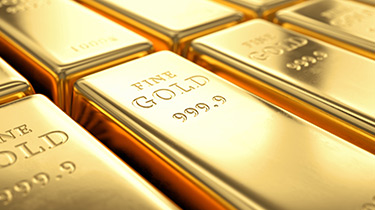 Although owing physical gold appeals to many looking for the ultimate protection against financial calamity, others are quite interested in the pure investment potential for gold. Taking delivery of actual gold coins can be expensive when considering shipping, insurance and storage. There are also security risks to be considered when handling physical gold. Even a handful of gold coins now represent thousands of dollars. Many individuals have chosen gold exchanged traded funds for investing in gold. Others have picked gold stocks or perhaps actual contracts on the commodity exchange. Investors have poured billions into these investment vehicles in the past few years.

Many wonder if someday they might be able to invest in generic United States gold coins that are traded in an exchange trade fund (EFT). You can be sure that this has been explored by many of the large players in the gold coin market. With the premiums for most generic United States gold coins trading at historically low premiums, the timing could be perfect for such a thing to materialize. United States gold coins offer many advantages that a pure bullion play does not- primarily the possibility that the coins could go up if gold prices remain stagnant. Vintage gold coins are also considered by many to be hedge against falling gold prices. The coins could retain collector value in a sharply falling gold market.

Vintage United States gold coins also have the advantage of being available in limited supply. No more are being minted, and the supply is relatively fixed. There have been several 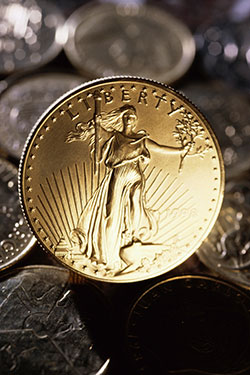 occasions in the past when there has been a run on United States double eagles. Remember Y2K and the boom years of 1989 and 1990. The premium for generic gold is currently the lowest seen in years. The negative factors which have caused this (weak economy and oversupply) will not last forever. If a Wall Street firm or some other entity were to create a trading fund for generic gold coins, the market would literally change overnight.

Let’s explore how such a market could be made possible. First, you would need large players other than the current gold coin importers. Currently, most of the business in this area of the rare coin market is conducted by the large firms that have import operations of generic gold coins coming out of Europe. Several of the large players post daily buy and sell prices. At the end of the day however, they want to be net sellers, and there is an inherent conflict of interest when posting buy or sell prices. It is currently too easy to post a bid for 5 coins, when you actually have 500 ready for sale. A large financial firm or hedge fund could resolve this issue by keeping everyone honest. This would also require substantial capital to ensure liquidity in the market for the generic issues. In a world were billion dollar deals are commonplace, capital should not be a problem.

There would also need to be a marketplace agreement on the issue of copper spots. Some United States gold coins display light and sometimes miniscule areas of red spotting. This is the result of the 10% copper alloy found in the production of the coins. In most cases the spotting in minimal, and should have little if no effect on the value of the coin. Some marketers reject any coins with copper spots, and this has caused confusion in the past about the true value of the coins. Hopefully this problem can be resolved so that a true sight unseen market for large quantities of vintage United States gold coins can be developed. If generic United States gold coins can not be traded with confidence on a sight unseen basis, then no other coins have a chance.

Transparency would also be critical for a viable market in generic gold coins to develop. Actual trading activity and true bid and ask pricing would be very important. One of the reasons investors have become interested in gold is the lack of a perceived playing filed on Wall Street. Whoever attempts to create a trading fund would need to assure investors of a fair shot. There would undoubtedly be some government regulation and these would need to be followed to the letter of the law. Some states still impose sales taxes or use taxes on the purchase of rare coins. Not taking possession of the coins should resolve the issue, but every state is different.

Large pools of money have already discovered rare coins, but usually on a coin by coin basis. It is very exciting to think how a genuine, trading fund would affect the rare coin market. The world is rapidly changing and there is a true thirst in the investment community for hard assets. In a capitalistic society, if there is need, someone will usually try to fill the demand. I’m thinking limit up!!!

About Jeff Garrett - Jeff Garrett is an internationally-recognized numismatist and award-winning coin expert. He is also a best-selling author. Mr. Garrett is also the valuations editor for A Guide Book of United States Coins (widely known as the "Red Book"). Over the course of his career, he has handled nearly every US rarity. Recently, he made headlines by purchasing the famous 1913 Liberty Head Nickel at auction for over $3.1 million dollars. Mr. Garrett is also heavily involved in a research partnership with the Smithsonian Institution®, where he regularly studies the vast array of numismatic rarities contained in the Smithsonian's National Numismatic Collection.