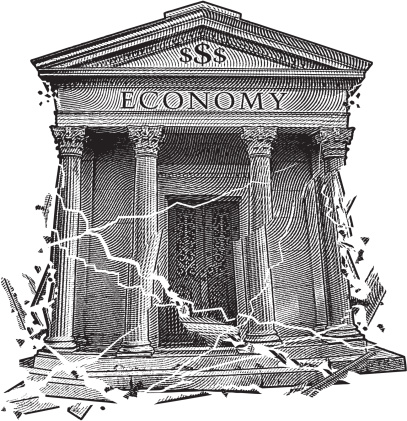 Circulating coinage from certain periods of American history is today scarce and difficult to obtain with the most well-known example being the Civil War (1861-1865), when there was a scarcity of copper, silver and gold. That led to widespread hoarding, reduced minting and even the issuance of alternatives to one-cent coins such as tokens and encased postage stamps.

A second era, when similar forces were at play for different reasons, was the early years of the Great Depression – the worst and most severe economic downturn in U.S. history that lasted from the stock market crash of October 29, 1929 (known as “Black Tuesday”) until the end of the decade in 1939. During this period, a quarter of the population was unemployed, millions became homeless and lined up for food, almost half the banks failed, and average Americans lost their homes and savings, especially if that including money in the stock market.

With most Americans doing anything they could to survive, including hoping on trains headed to other parts of the country where they might be able to find work, demand for coinage almost grinded to a halt. This is a phenomenon that typically happens during a major economic downturn and one that also impacted mints around the world during the Depression. It was also seen during the second-worst U.S. economic crisis that began in 2008, which led to greatly reduced demand for circulating coinage.

The period of the Great Depression that is of the most interest to numismatists are the years 1931 to 1933. During the period, recently struck circulating coinage mostly remained in U.S. Treasury vaults, and the U.S. Mint sharply reduced its production levels of all coins. At this time, the government closed many offices and laid off workers.

Mercury dimes – the only silver coins made that year -- were produced at all three mints in 1931 but in small numbers that when combined totaled 6.21 million coins, which was much less that just a couple years before.

Were it not for the fact that the bicentennial of President George Washington’s birthday was in 1932, which led to calls for various possible commemorative coins and medals, there might not have been any quarters issued that year, as was the case in 1931. That first year of issuance for the new series saw 5.4 million coins struck at the Philadelphia Mint, but a mere 436,800 1932-D and 408,000 1932-S quarters, which are keys to the series. No more quarters were issued until 1934 since demand was so low.

When it came to the Walking Liberty half dollar, no coins were issued at either the Philadelphia or Denver Mints from 1931-1933, and only one coin – the 1933-S was struck in San Francisco with 1,786,000 produced. In addition, the 1933-D Oregon Trail half dollar commemorative was issued but only sold 5,008 coins.

No silver dollars were made at any mint during these three years as what little demand existed for coinage was limited to the lower denominations, which is reflected in the mintage figures for those coins.

Gold played a key role during this period in terms of both steps taken by President Franklin D. Roosevelt to address the depression and in terms of coinage. In March 1933 -- two months after taking office – Roosevelt issued Executive Order 6102, which is well-known in numismatic circles and which stopped production of U.S. Mint gold coins, prohibited the hoarding of gold coins, bars or gold certificates and resulted in the melting of 500 tons of gold coins.

These actions have made certain dates of coins from this era very scarce. The most notorious example of this is of course the famous 1933 $20 gold Double Eagle. Almost half a million were made but at least 13 are known to exist today with only one that was monetized and allowed to be sold at auction and another in the Smithsonian Institution’s collection and all others illegal to own.

Ownership of gold coins was limited to $100 face value unless the coins had numismatic value, and Americans were required and mostly did turn in any gold other than that to the government in exchange for paper currency.

Although this move was very unpopular with coin collectors, it did play a role in stabilizing the economy to the degree that by 1934 coinage production increased again. In fact, all silver coins from dimes to the Peace dollar were issued that year.

Collecting circulating American coinage from the early years of the Great Depression is challenging for most coins, especially in high grades. However, it also helps the collector to better understand this important period in American history and American numismatics.